You probably have now all seen Gilbert Arenas' op-ed in the Washington Post, which was just published late this afternoon and will run in tomorrow's print edition. In it, Arenas takes the blame for all of his actions, says he wrote a letter to DC public schools talking about the importance of taking responsibility for one's actions and writes that he hopes to use this experience as a teaching tool for youngsters.

I'm not sure whether Flip Saunders had read it yet, but he was asked about it and had this to say.

"As I said before, from talking to him, I think he understands the seriousness of what he did with his situation. Now, he wants to try to let people know, the kids especially, that he had done something wrong, and try to take what was really negative and try to somehow make a positive impact."

Saunders was asked whether it was better for Arenas to say that or say nothing. Saunders' response?

"I think you have to say what your heart feels. I think if he wants to get back in this community, he's got to hep out kids and probably say something. But he has to do what's in his heart."

As for the game itself, we all know about Boston's struggles recently, but they're still the league's best defensive team. Saunders said he wants the Wizards to push the ball, but do it judiciously.

"For us to play against them, an up-pace game would be more advantageous because they are such a good half-court lockdown defensive team. You'd like to attack them as much in transition as you can. Now, saying that, you can't take frivolous one-pass shots."

Sounds great in theory, but one of the keys to Boston's success is the way Rajon Rondo controls the tempo. They don't let you run on them, and they push the ball really well in transition. Rondo is so underrated at this. Say what you want about his poor shooting, or his propensity for turnovers, but the guy just has an amazing ability to get his teammates good shots in transition. It's a good thing, too, because their half-court offense is rapidly deteriorating with the decline of Ray Allen and Kevin Garnett.

Honestly, I'd say Rondo is this team's best player. Flip said he thinks people on the Celtics are starting to figure it out too.

"I know ... a lot of times [in the past], he would do things and players would shake their heads," Saunders said. "They don't do that anymore."

I'll add some pictures when I get a chance.

(UPDATE: Jump to see some). 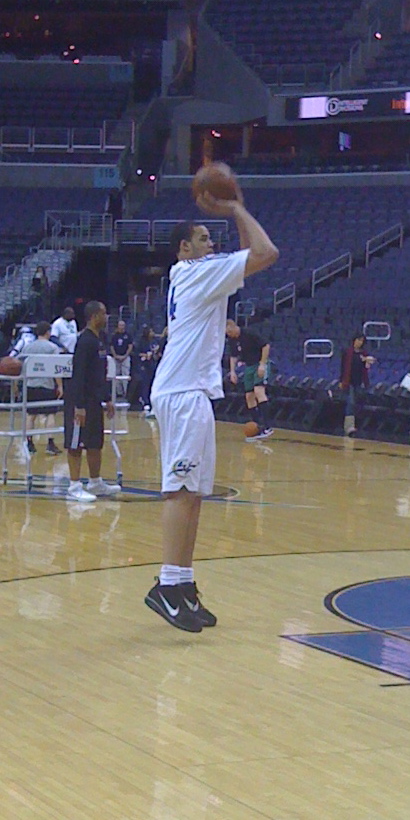 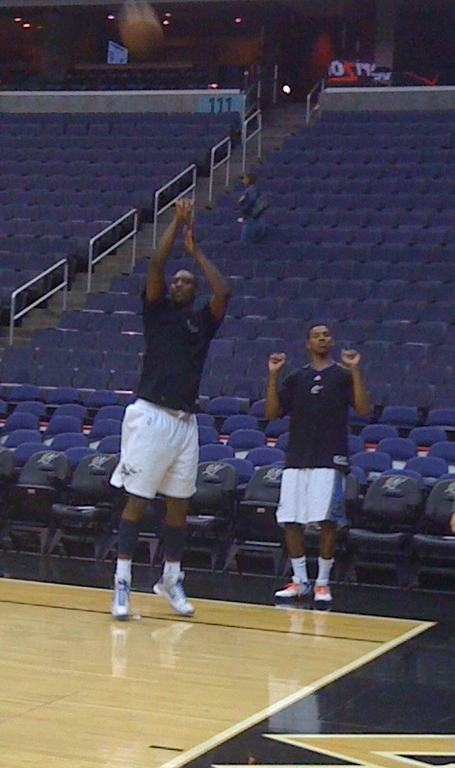 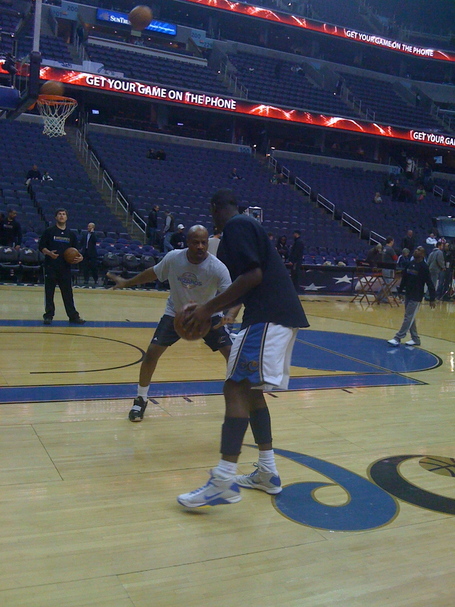 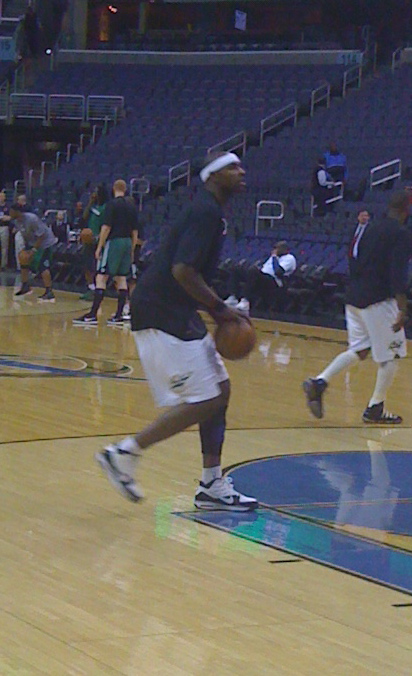 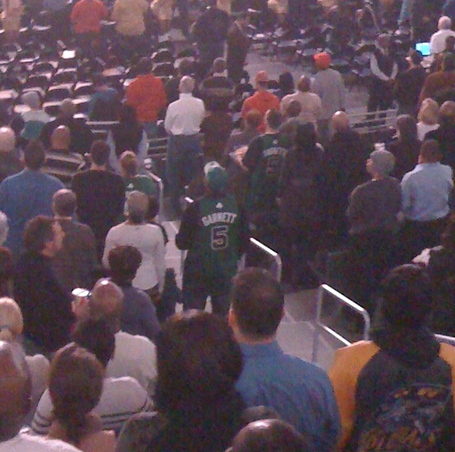 Way too many Celtics fans here.