UPDATE 2: Well, masses, you get your wish. Trevor Booker and Kevin Seraphin will start tonight.

The Kings stink, so this is as good a time as any for the Wizards to actually get a friggin win on the road. It's hard to put a finger on what's wrong with Sacramento, and that's probably the real issue. For a team with so much young talent, the pieces sure do fit together poorly. If you're tired of Flip Saunders, just imagine the kind of ire Paul Westphal is getting. Maybe the Wizards aren't better than the Kings, but they're hard-pressed to go against too many teams that are worse.

Some pregame links for you:

And finally, I just want to post this screenshot because it cracked me up. Remember when Ron Artest grabbed that one-handed rebound on Gilbert Arenas last night? Relive it, in picture form. 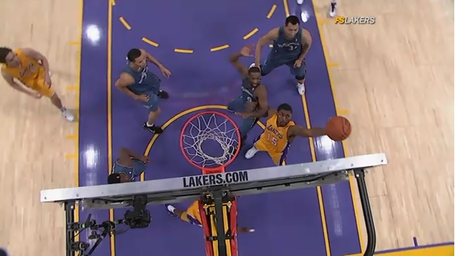