UPDATE; Whoa. Michael Lee says Andray Blatche will not play with a hip contusion. Yi Jianlian will start. More strikingly, Flip is putting Gilbert Arenas and Al Thornton in the starting lineup to replace Kirk Hinrich and Alonzo Gee. So we get to see Arenas start after all.

Apologies for the lack of posting recently - Albert Haynesworth stuff has weighed me down at the day job. Here are a bunch of links to read before tonight's Lakers game: 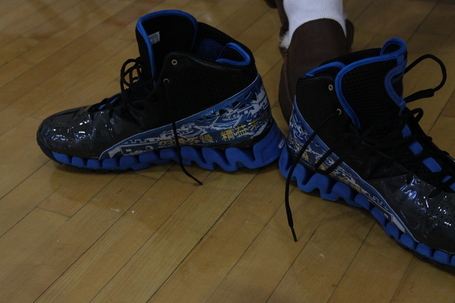