Couple notes before we go on:

And finally, let's talk about MLK Day below the jump.

To commemorate MLK Day, Nike handed out specially-made shoes to the players. Several, including Mike James and Randy Foye, were wearing them. They have a gray base, red stripes and green on the tongue. Here's a picture. 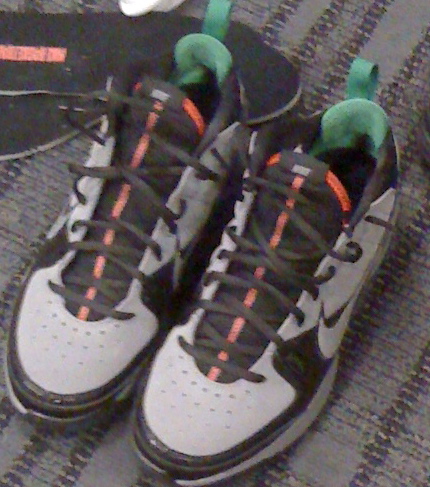 This is a nice gesture, of course. The only problem? If you know your African American history, you know the red and green are significant because red, green and black are the colors of the Pan-African flag. Obviously, the Pan-African flag is a landmark symbol in African-American history, but it doesn't really have anything to do with Martin Luther King (correct me if I'm wrong, people who know this better). I don't recall King being a Pan-Africanist.

So yeah, a nice gesture, Nike, but probably a bit misguided. You'd think someone in Nike headquarters would have pointed this out.

Here's some more pictures of the shoes. 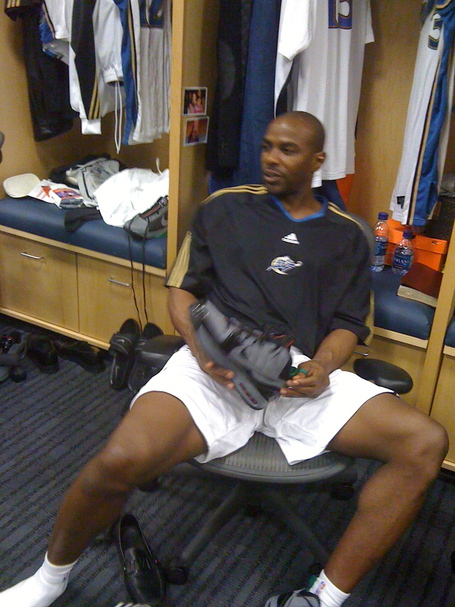 Mike James with the shoes 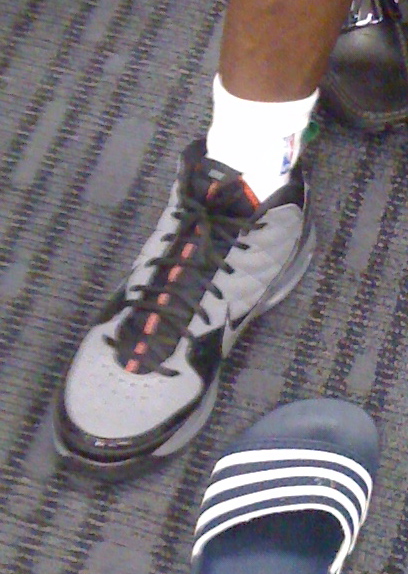 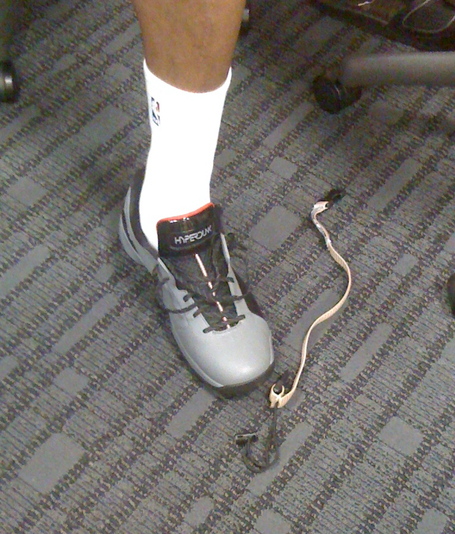