Share All sharing options for: Fun Facts About the Summer League Roster

UPDATE: Jon L has his breakdown of the Summer League team up.

As you saw a couple of days ago, the Wizards have their roster in place for this year's summer league in Vegas.  The Summer League gives diehard fans a chance to see the development of some of the younger players on the squad and what unsigned players might have a shot at cracking the roster.  We're less than two weeks away from seeing this crew in action so there's no time to waste in learning about what the team.

The Guys With Contracts 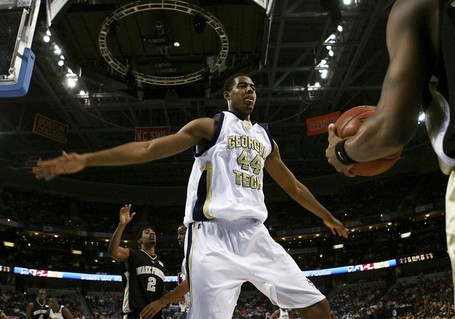 Alade Aminu: The Georgia Tech forward started a foundation called Brotherhood of the World which started a basketball camp for underprivileged children in the Atlanta area. 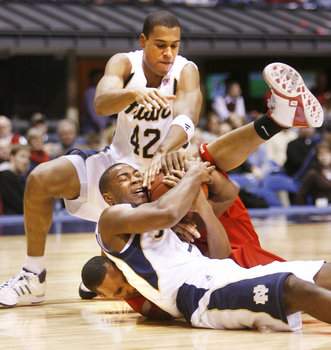 Ryan Ayers: Ryan (#42 in the picture) is the son of former assistant coach Randy Ayers.  He shot 42.9% from downtown last season with the Fighting Irish. 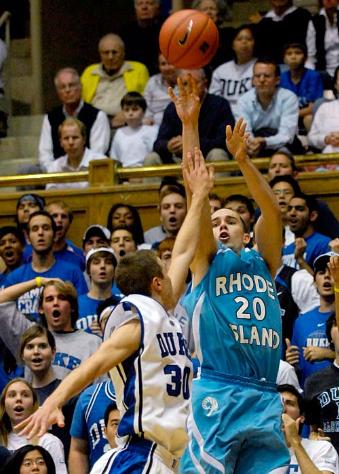 Jimmy Baron: The Rhode Island guard is probably most remembered for his performance against Duke last season where he hit eight three pointers as he nearly led the Rams to an upset at Cameron Indoor Stadium.  This fact along should be enough to make him a fan favorite for the squad. 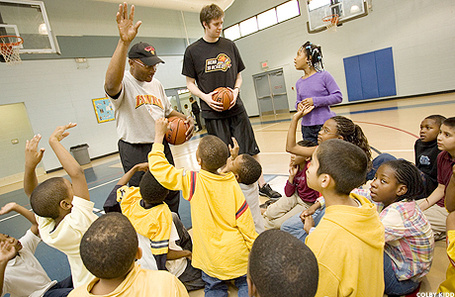 John Edwards: Edwards spent two years in the NBA with the Pacers and Hawks, putting up some rather modest numbers.  His biggest claim to fame might be that he was the only bench player the Pacers had available in their first game after the infamous brawl in Detroit. 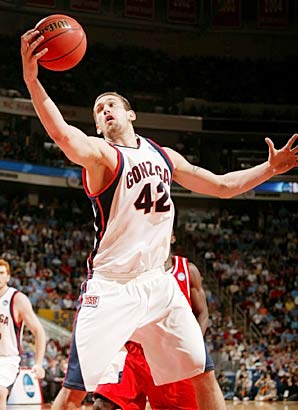 Josh Heytvelt: Everything you need to know is over here. 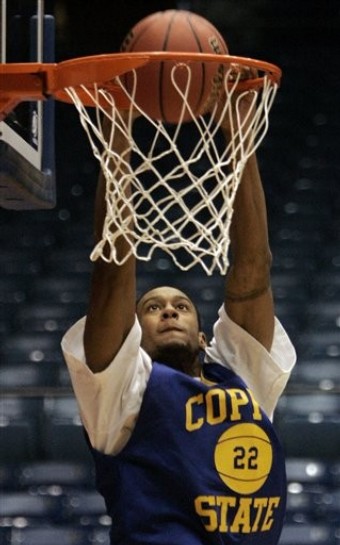 Tywain McKee: The Coppin State product owes a lot of his success in college to coaching legend John Chaney.  He's an explosive scorer that dropped 31 on Syracuse last season. 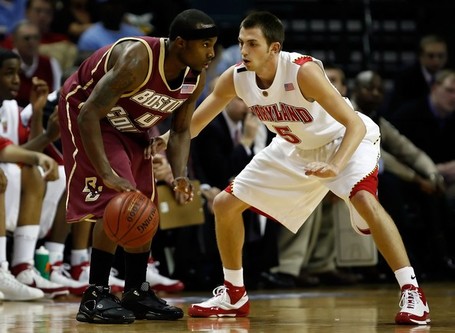 Tyrese Rice: Those of you who watch ACC basketball are already very familiar with Rice from his days at Boston College.  He scored 46 points in a loss to North Carolina two years ago, and then helped lead the Eagles to an upset of the top ranked Heels last season. 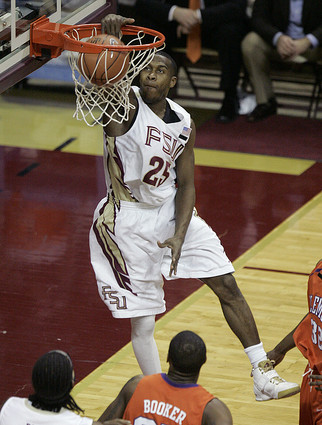 Jason Rich: Like Rice, Rich is another ACC product, and also a guard.  He graduated from FSU in 2008 and spent last year in Italy playing for Pallancetro Cantu along with former Georgia Bulldog Sundiata Gaines.

Alex Ruoff: Ruoff has a pretty balanced all around game.  Last year, in addition to his 15.7 points per game, he also chipped in 3.4 assists and 3.7 rebounds.  He also chipped in 1.7 steals on the defensive end. 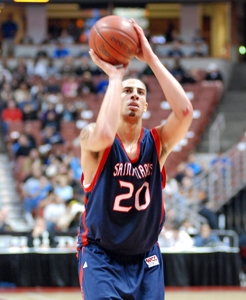 Diamon Simpson: Patty Mills received most of the attention over the last few years at St. Mary's, but Sampson has some game too.  He was the WCC's Defensive Player of the Year last season, averaging a double-double and adding in 1.6 steals and 1.7 blocks per game for the Gaels.  Looking at the stats, it's hard not to compare him to another player from a small Western college. 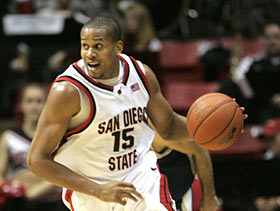 Kyle Spain: Nearly half of Spain's field goal attempts were three pointers in his senior year, which would explain why his FG% (.409) was so close to his 3P% (.390). 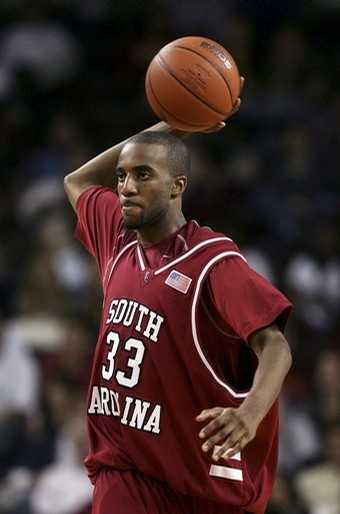 Brandon Wallace: Wallace was actually a part of the Celtics roster last year, but only played in D-League while a member of the team and was cut in mid-December.  Since then, Wallace has spent time in the D-League and over in Turkey.