When You See JaVale McGee in The Street, Call Him 'Epic Vale'

Share All sharing options for: When You See JaVale McGee in The Street, Call Him 'Epic Vale'

JaVale McGee, like many athletes, has gone through a plethora of nicknames.

Coming out of college, his mom Pamela dubbed him the 'Big Secret'. Since the cat has since been let out of the bag, that one is no more.

In October of '08, Caron Butler dubbed him 'Lemonhead' because of his skin color, smile, and youthful facial features. But that's not exactly an endearing term (of course, nicknames don't have to be endearing) ... but still, we want something that young JaVale will want to embrace.

So we come to JaVale's self-given nicknames. In November, he wrote 'Kill + Mode = Chee$e' on his shoes. This spawned a t-shirt from Mr.Irrelevant, and more recently, a @KMCheese34 Twitter account. But this is more like a motto, or a saying, or a mantra, rather than a nickname.

Big Daddy Wookie is the moniker McGee has given himself on YouTube and Twitter. But as nickname etiquette dictates, you can't give yourself one.

Nor will we call the musically inclined McGee 'J-Mac' -- his producer title over on Reverb Nation. Too generic, too easy.

Personally, with his flight patterns and helicopter arms, I've tried to dub McGee as 'The Choppa' ... with perhaps The Governator serving as his hype man one day. But that's rather 'meh' compared to ...

It uses his name, describes his potential, and is a play off the the culturally relevant phrase, 'Epic Fail' which is the antithesis of what all Wizards fans hope JaVale can be.

The problem being, JaVale McGee doesn't know his own nickname.

When such was suggested to him via Twitter, he responded:

@Truth_About_It lol the only people who call me epic vale is u lol.....no one has ever seen me n was like awwww there's epic vale lol

So, my friends ... people of Wizards Nation, the Bullets Forever community, members of the media who may read this blog, and casual passby ... this is a call for action.

When you see JaVale McGee on the street, on his profile on the Twitter machine ... or wherever, make sure you call him ...

UPDATE: Seems like JaVale McGee does not want to be called 'Epic Vale' -- we will see ... 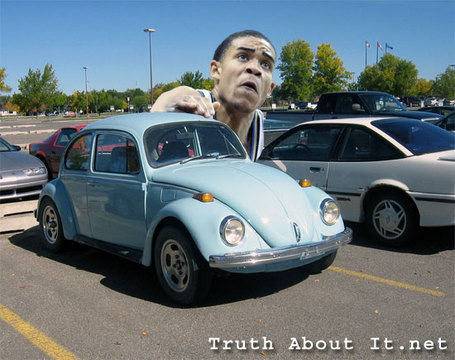