The NBA Draft: Once again, the Wizards try to have it both ways

Share All sharing options for: The NBA Draft: Once again, the Wizards try to have it both ways 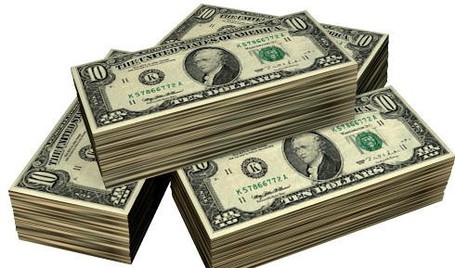 I need to sleep on this before I say even more.  We're all clearly angry, and justifiably so, so here's yet another thread to vent.  Go ahead as long as you don't attack each other and keep it relatively civil.

My initial thoughts are these:

The jist of my criticism is pretty much as the same after the Minnesota trade on Tuesday: you can't have it both ways.  The Wizards are already tax payers and their owner has said he desperately wants a championship.  That's going to cost you money, unfortunately, even in this climate.  Either you need to be a buyer, in which case you explore every possible avenue you can to upgrade your on-court product, even if it means taking on more long-term money, or you need to be a seller, where you're rebuilding and retooling at the expense of not competing.  You can't be both.

The Wizards, for the past few days, have tried to be both, getting more talent for the short term (the Foye/Miller trade) while still saving some money long term (the trade, selling the 32nd pick when you could have had DeJuan Blair, which is exactly what you need as an interior guy).  That doesn't get you far enough in either diretion.  The draft today drove that point home very clearly.

Staying stuck in the middle means you take on the first trade you can think of for your #5 pick that allows you to accomplish your divergent goals instead of waiting on draft day when a guy like Vince Carter is available for expiring contracts and comparable young talent (Our expirings=more $ than Orlando's expirings and #5 is as least equal to Lee) or when Ricky flippin Rubio slips to you.  The Rubio thing is particularly ridiculous for two reasons.  First, he carries a lot of trade value, and second, even if he does stay in Spain as rumored, you still hold his draft rights, don't have to pay him (keep in mind part of the motivation of swapping 5 for Foye/Miller was that the latter two have shorter contracts that the #5) and, assuming you really believe a rookie won't help you much anyway, you don't have to actually give him minutes.  There's a no-lose to drafting Rubio, even if he doesn't turn out to be as good as advertised.

One further thought on the last point about Rubio.  The Wizards motto the entire month was that the fifth pick wouldn't provide immediate help anyway and therefore it wasn't worth adding another young player to the roster.  If Rubio does indeed stay in Spain, he doesn't have to be on the roster until he's needed most.  They can hold his rights, let him stay in Spain and use him as an asset again.  Or, they can bring him over when his situation is more clear and when they need him more.  The point is, even getting Rubio's draft rights is getting something for the fifth pick.  They're still tradeable well after the draft and they effectively act as a draft pick since they aren't worth any salary in a trade.  So even if Rubio doesn't come over, the Wizards would have effectively still held the fifth pick as an asset.  They wouldn't have lost it.

Of course, the Wizards weren't sure Rubio would drop to 5 anyway (which may speak to a lack of intel within the organization), but the point still stands.  A rookie like Tyreke Evans or James Harden is still an asset, albeit one with a salary.  It's still worth something.  It's still tradeable when something better comes along.

And then passing on DeJuan Blair ... that's just icing on the cake.  Blair would have cost less than a million dollars next year and was statistically the best rebounder in college basketball in the last decade.  What do the Wizards need among their interior players?  Rebounding.  As is repeated ad nauseum with a lot of truth, no skill translates better to the pros that rebounding.  And we passed on that to sell the pick for cash.  I don't think it's fair to call the organization cheap, because the Wizards are probably struggling with their bottom line, but that was a move that smacked of frugality.  You could have helped solve your rebounding problems for less than a million dollars just by drafting Blair.  Instead, now you have to do it for 5 million dollars, unless you want to let the team stay as is.  That's poor management of the team's player payroll.

About the one thing we can say is that the WIzards are going to be better next year than last year and possibly even better than in 2008, 2007, 2006 or 2005.  But as far as jumping to the level of title contenders, this was a huge missed opportunity.

I'll leave with one final thought.  You see the San Antonio Spurs, long a team that hated paying the tax, becoming buyers by trading for a long-term contract like Richard Jefferson (who may not be that great anymore, but they took the better player, not the better contract) and drafting DeJuan Blair instead of selling the pick like many other teams.  In not trading Antawn Jamison at the trade deadline to save money, the Wizards seemingly asserted that they were buyers.  Their actions during draft week, though, indicate they were mostly sellers.  If you were going to be a seller on draft day, you should have traded Jamison and committed to a clear course of action.  Maybe you stink on the court, but you're clearly committed to rebuilding, and most fans will realize that.  That's what makes the Spurs organization so great.  Instead of learning a lesson from the Spurs, we demonstrated that we're kind of stuck in neutral.