Ya'll remember when we beat the Cavs?

Everyone snickered because it was our Super Bowl....our funny money "championship"....nice try, but our small piece of joy and glimmer of hope in the midst of a shockingly tragic season can't be taken away.

So to celebrate the memories, and in the absence of a traditional game blog (what happened to those anyway?), I present the Wizards vs. Cavs, in screen shots:

Gilbert Arenas worked the refs from the get-go. Can you see him as a politician when he matures to a gray-haired quinquagenarian? 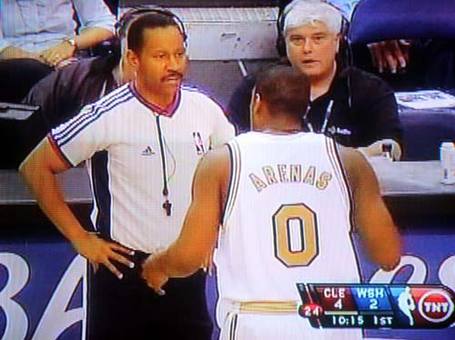 Once he made it to the bench, Arenas proceeded with his coaching duties, consulting Phil Hubbard, who was born in Canton, Ohio and once played for the Cavs BTW. 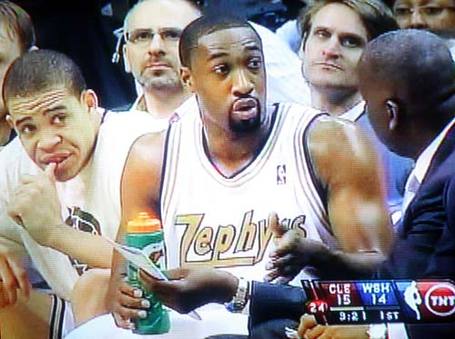 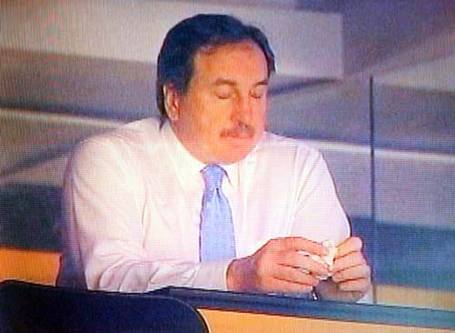 Gruns usually plays it cool, you don't want to play poker with the guy. 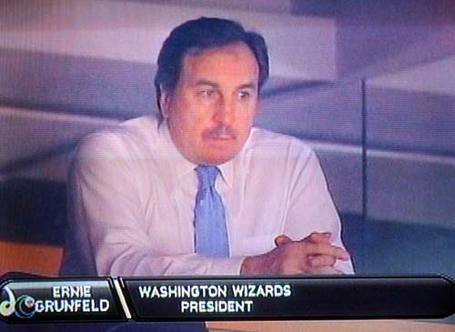 But even Ern has his moments of angst. 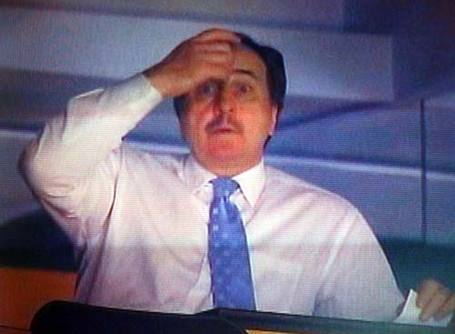 Mike Brown sported the "lesbian eyeglasses" that the Wizznutzz were talking about. 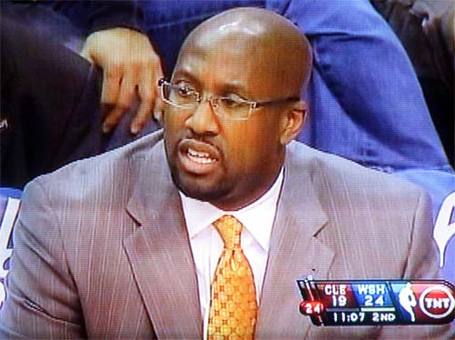 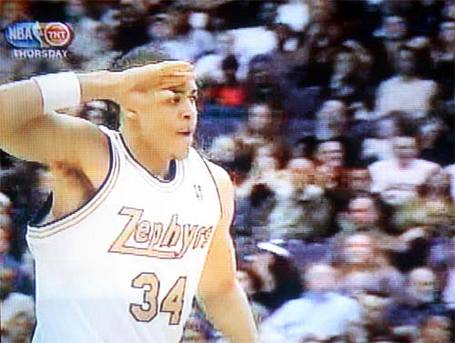 And hey, the Wizznutzz were in attendance.....isn't this Jaarko the intern who humped a bucket to the go-go beat outside of the Verizon? 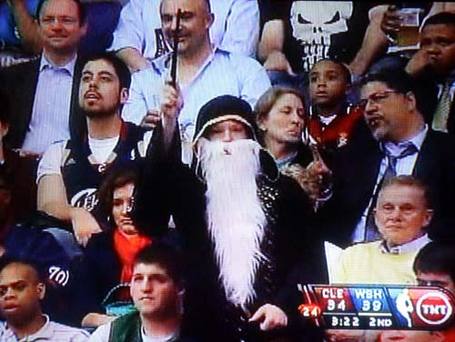 Chuck Barkley was three sheets to the wind and talking trash about the Wiz by the half. 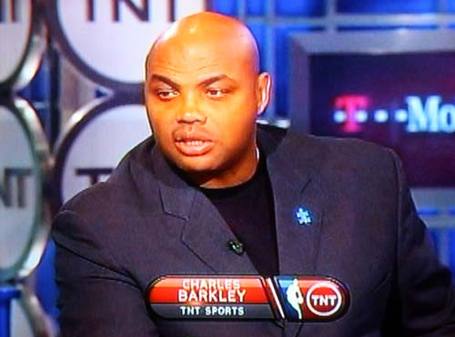 Keep on for the second half.

Wiz fans hoped that Gil would warm up the hibachi for the second half. It was not to be on this night.....but Agent Zero was adept at creating for his fellow agents. 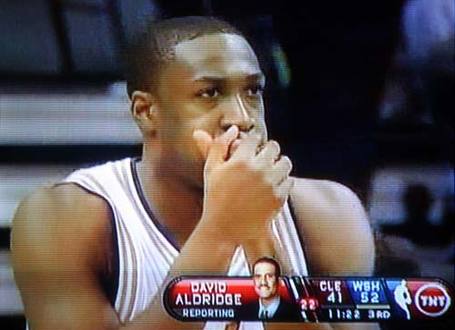 This is Dominic McGuire jumping up and back.....doing a damn good job of avoiding contact. This is also LeBron James stumblin' and bumblin'.....guess who was called for a foul and who was not called for a travel. 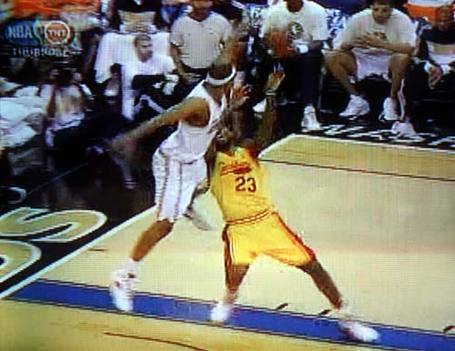 I mean, I understand that the league wants to promote its players, but isn't this kinda B.S.? 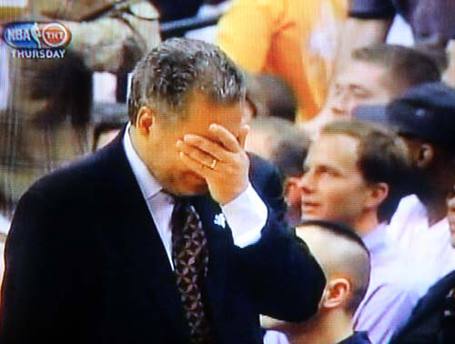 Gilbert, I'm not even going to ask what you were trying to do to Mo Williams here.........inappropriate. 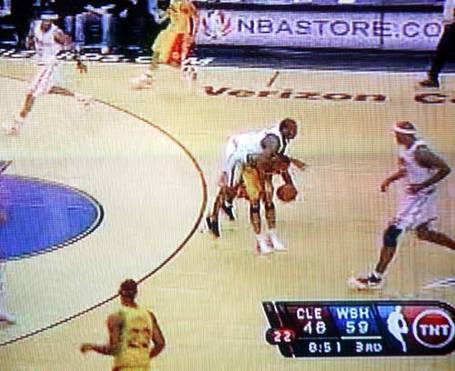 Down the stretch, Brendan Haywood released intensity via his Blue Steel face. 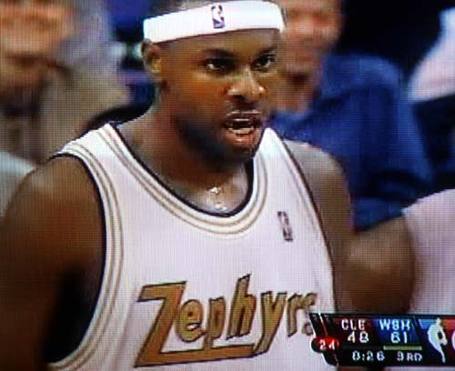 And Agent Zero aimed to keep it hype. 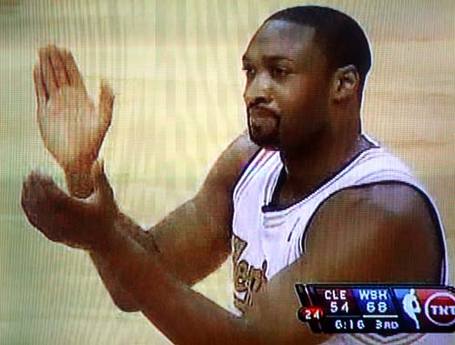 After Nick Young took a silly/stupid/rushed/forced three, Tapscott was ready to put the kid's head on a stake with a steely gaze.

Young came up big with a late drive to the hoop, but he's got to be better than selfish trigger pulls.

The leadership of Brendan Haywood tried to intervene. 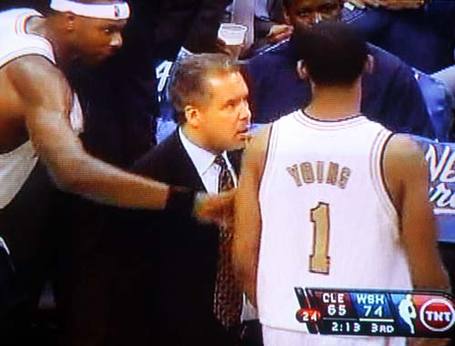 Awww....what do we have here? How cute! A new born grown baby man! 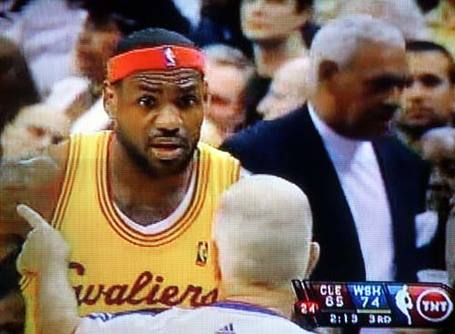 LeBron holding his lip....how familiar. Probably time for LeBaby to go ahead and get one of these. 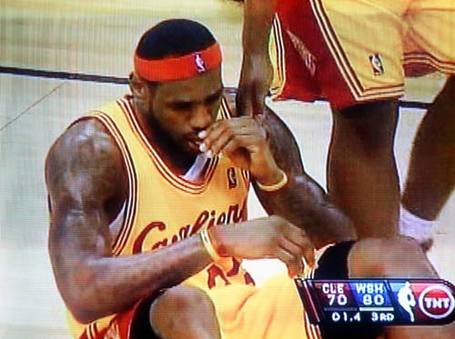 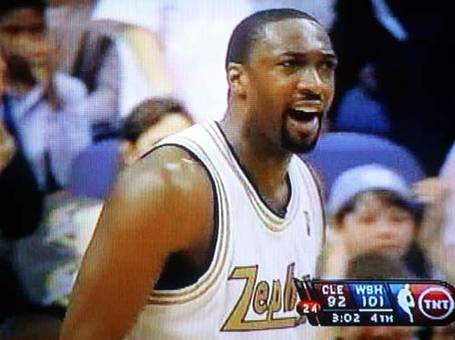 2. Drop your shoulder into the defender's chest 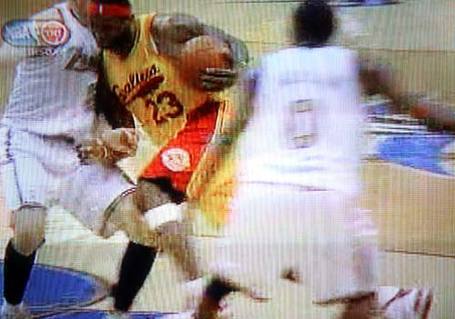 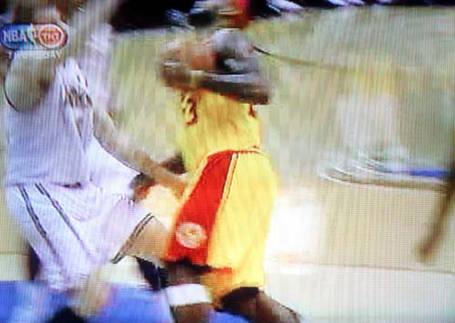 But in the end, good prevailed over evil and all was right in the universe. 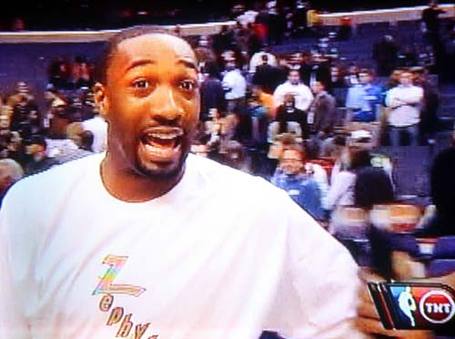