Let's Play: Who's Gonna Get The Ball?

Share All sharing options for: Let's Play: Who's Gonna Get The Ball?

Time is winding down in the first half and Dominic McGuire has just blocked O.J. Mayo's shot.

The ball is loose.

Three Wizards take off down the court, assuming that either of the other two will come up with the loose rock, I suppose.

So who will get it?

B.) Andray "The Original Nacho" Blatche 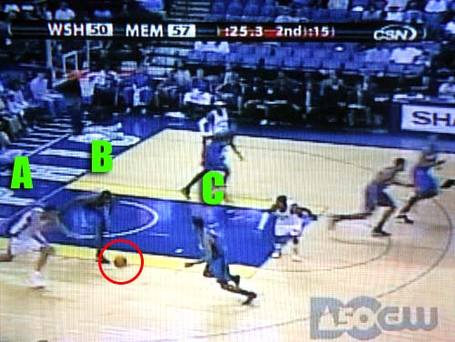 If you guessed NOT Andray Blatche, you win a cookie! Go ahead, go to the kitchen and get one....I'll wait.

The Iranian, Hamed Haddadi dove for the rock.

Nick Young kinda tumbled for us like the Culture Club.

And Andray Blathce didn't do a damn thing.
(would you want that guy in the foxhole with you?) 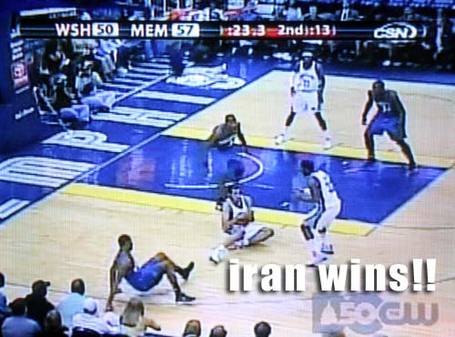 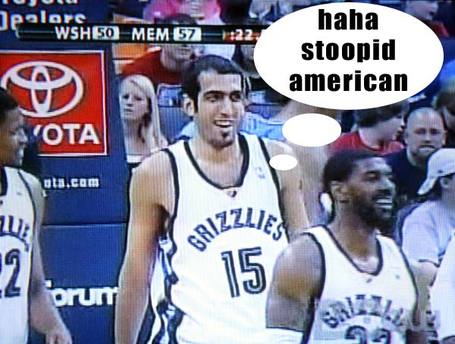 Yes, Haddadi is thinking from his heart

Now, to Blatche's credit, later in the game, he decided it was time to dive for a loose ball. 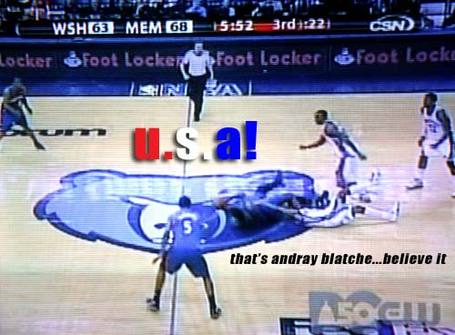 To Blatche's discredit, even later in the game, he decided to play point guard and attempt to go behind his back when he had not one, not two, but THREE open teammates. THREE (3)!!! 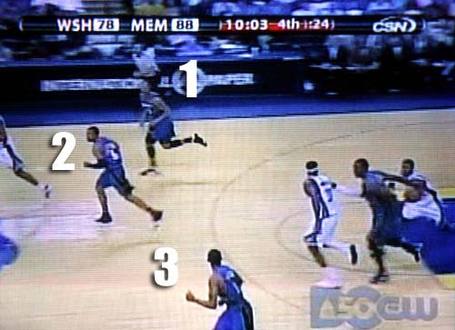 Needless to say, Andray turned the ball over and the Iranian got a dunk.

That's our Blatche.....for every one good thing, he does two bad things.

Peace be with you.