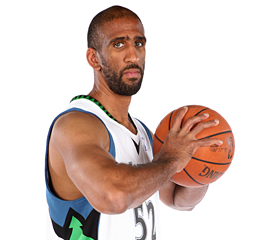 Key Links: (drop any others in the comments)
Canis Hoopus
T-Wolves Blog
On the Ball
Game Day Minnesota
The Other Side: T-Wolves

Since we're playing the Timberwolves tonight, it only makes sense to update where the Wizards stand in relation to the other bottom-feeders of the NBA right now.

The battle for the ping-pong balls is being fought by six teams: Kings, Clippers, Thunder, Grizzlies, Timberwolves, and the Wizards. Here's a look at the standings:

After tonight's game with the Wolves, the Wizards still have a home game against the Kings this Sunday and a road game against the Clippers the following Wednesday. So the Wizards have a nice stretch here to help their lottery position or help their chances of not becoming the worst team in franchise history. Knowing our luck, I'm guessing the team will somehow fail to do either. (I can see the headlines now, "WIZARDS AND KINGS FORCED TO TIE AFTER EVERY PLAYER FOULS OUT.")

Anyways, on to tonight's game. Tonight we've got two of the coldest squads in the league going at it tonight. The T-Wolves have lost nine straight and have only won once since the All-Star break. The Wizards haven't won since Obama came to town, and they'd like to finish this 4 game Midwestern road trip with something tangible for their efforts.

The first time these two played, the key to the win in my opinion was the play of Javaris Crittenton and Mike James who both produced well at the point, and worked well in tandem in the closing moments with Crittenton forcing the defense to collapse and James knocking down the big shots late. Both of them are coming off good performances against Dallas so hopefully they'll be able to build on that momentum tonight.

This is an open thread, so if you would support a petition to get Calvin Booth in the Hall of Fame, lend us your virtual John Hancock here.