Better Than the Score Would Indicate: Mavericks 119, Wizards 103

Share All sharing options for: Better Than the Score Would Indicate: Mavericks 119, Wizards 103

Game Thread Comment of the Game: "Am I the only one who thinks about the "basketball wish" from Bedazzled when McGee dunks?" by Pryme

The score might not show it, but last night was a good performance by the Wizards.  A late run by Dallas made the winning margin comfortable, but the Wizards kept the game competitive much longer than most people would've anticipated given the team's performance against the Spurs the night before.  If it hadn't been for a botched pass at the end of the half that gave Jason Kidd an easy layup, the Wizards would've held the lead at halftime.

Even though the Mavericks were able to get hot in the second half and put the Wizards away, they still continued to fight and play well on the offensive end and at times they had moments on the defensive end as well.  It won't go down as a win in the record books, but it's a performance that the team can build on moving forward.

Other notes from last night's game: 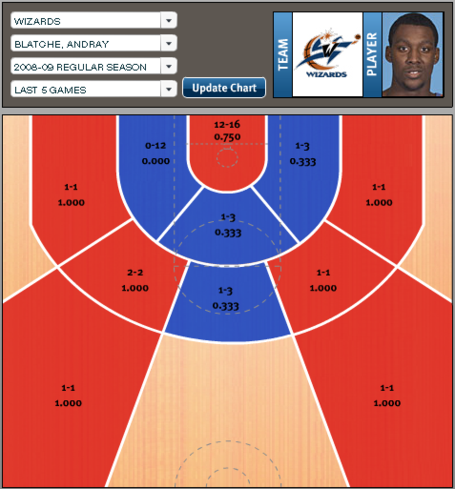 Hitting all your outside shots but struggling on close shots that aren't dunks?  Suddenly, Andray Blatche is more Oleksiy Pecherov than Oleksiy Pecherov.  As much as I like to see Blatche use his unique skill set in ways that other players like him can't, I don't want it to come at the expense of doing the things that low post players should be doing.

After the jump, you'll see the photos of the game.  As you'll see, they all have a common theme.

Photo(s) of the Game 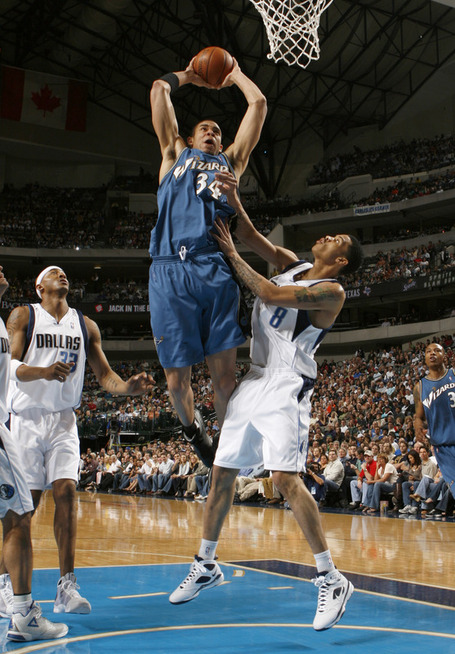 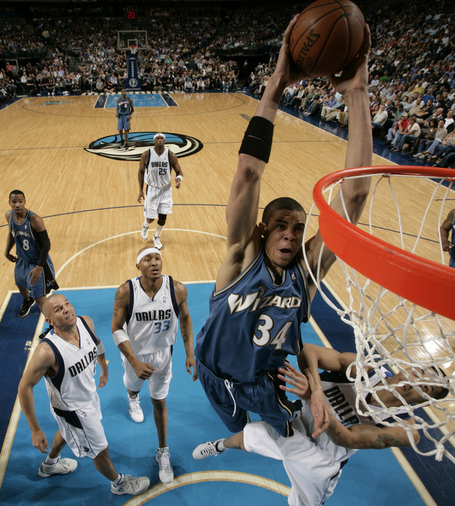 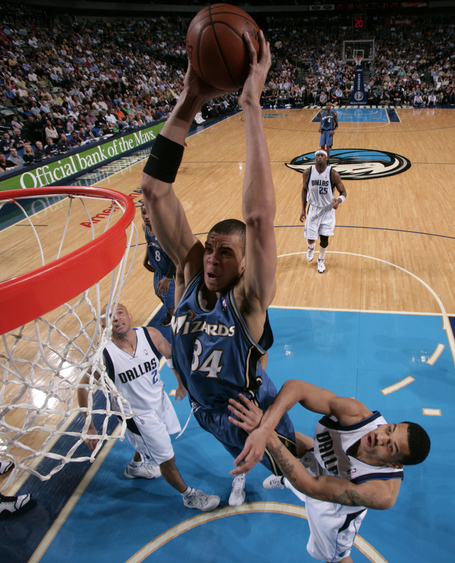