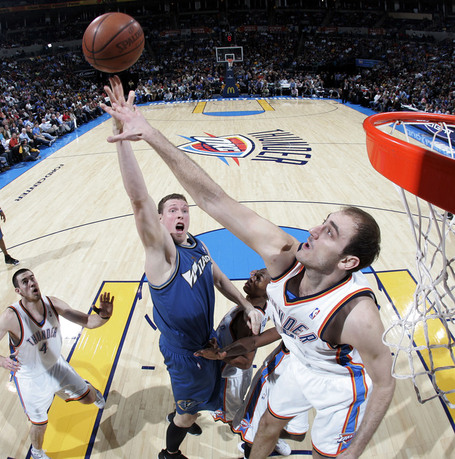 Game Thread Comment of the Game: "No HMO." by TruthAboutIt in regards to what the team's slogan should be next season.

Ladies and gentlemen, I give you the guards for the Washington Wizards and their statlines from last night:

18 points on 6-25 shooting with 6 assists, 6 turnovers and 4 rebounds?  Someone must have summoned the spirit of 2002-03 Ricky Davis and divided it amongst the Wizards' back court last night.

(Yes, I left off Dominic McGuire since he's really more of a forward that's just playing out of position with Butler out and posting his stats would hurt my argument.)

Anyways, the only reason the Wizards were able to keep the game as close as it was last night is because:

Eliminate one or both of those two elements and we're talking about an old-fashioned beatdown last night.  The sad thing is that this was supposed to be the easiest game on this Midwestern road-trip.  If the Wiz can't find a way to get something out of their guards quickly, Dallas and San Antonio are going to turn the Texas two-step into a full-fledged stomping.