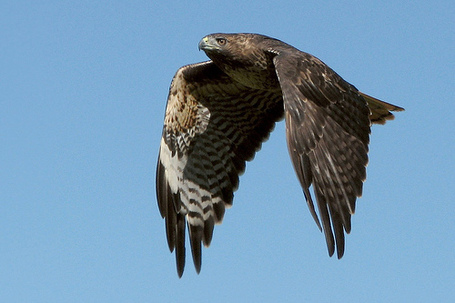 Caron Butler....out, among others. Dominic McGuire is the starting two, going along with Mike James, Antawn Jamison, Andray Blatche, and Darius Songaila.

The Hawks.....tired after not arriving in DC until 6:45 am and losing to the Cavs in the ATL by one point the night before.

Who will have energy?

Andray Blatche has fallen in love with the J and has luckily hit two. 6-4 Hawks.....and then Andray bumbles an easy pass on the break.

Remember kids, in the NBA, kick balls must be intentional to warrant a whistle -- that should translate to casual pickup games among mere mortals.

7:37: Wiz have played great D on the last couple of possessions, moving to spots well as Atlanta swings the ball around the court....unfortunately, this time ends in a Josh Smith jumper at the shot clock buzzer. 8-6 Hawks.

5:30: Neither team seems offensively comfortable at this point. 10-10 tie.

4:00: Hawks get 5 straight on a Marvin Williams runner over AJ and a Mike Bibby three as the Wiz are scrambling trying to cover mismatches. 15-10 Hawks.

2:38: McGee shows no court awareness or respect in the passing ability of Mike Bibby who finds a seam that JaVale left open for Al Horford - c'mon kid, gotta have more active hands.

Mike James hits a nice FT line J off a Jamison pick....Wiz get a steal and James just missed a three at the buzzer. 24-22 Atlanta after one.

11:00: Kids look like they have the idea of ball movement, but a tough baseline turnaround J from McGuire is not ideal.

9:17: JaVale blocks a Horford turnaround, McGuire recovers....McGee sprints, McGuire runs the transition right down the middle like he should and finds an open passing lane for Crittenton who throws down a stuff. 31-26 Hawks.

McGee is throwing a lot of intimidation Al Horford's way.

6:39: Blatche checks back in to join McGee, Jamison, James and Young.

Nick Young wasn't doing much.....see ya. Return Crittenton who gets penetration to the hoop and the rock to McGee for a dunk.

4:31: McGuire picks a bad Hawks pass....plays with his head up and gets a long pass to Crittenton who gets another dunk in transition. 38-33 Hawks. 6 assists for the Taser already.

3:13: Wiz create an overload, Jamison with the ball on the left wing....swings it to James who hesitates then drives and finds McGee in the short corner who skies for the dunk And1. Only someone JaVale's length could have covered that distance.

2:28: Crittenton is tearing up after missing the last game with the flu.....leaps to somehow put a short Jamison miss back in one motion. 43-40 Hawks.

The Wizards have simply been out working the Hawks for the past couple minutes....what a rarity to see from this team.

10:16: McGuire gets caught amidst a mess of players and Joe Johnson gets wide open for two. 50-47 Hawks.

9:43: Jamison forgets about Marvin Williams....three ball. Of course, Blatche needs to hustle more around his own pick so Jamison doesn't have to help so much on his man driving with the ball.

Jamison has been working hard on offense though....the Hawks D is starting to focus on him, but the Wiz can only take advantage about a third of the time.

7:06: McGuire leads the transition off a Hawks turnover and finds Songaila at the right place and the right time. 9 assists for McGuire, 8 points for D-Song. 55-53 Hawks.

6:24: Here we go again, more stagnant offense courtesy of Andray Blatche dribbling around then throwing up some crap.

4:30: Andray Blatche started hot, and now he's taking a lot of shots....he's somewhat aggressive in getting to the basket, but hey, how about finishing a basket sometime?

2:47: Weird....JaVale McGee slams in a Mike Bibby miss....he went for the rebound and just jammed the damn ball right in the Hawks' basket.

1:21: But Dray does run the court and get a Crittenton layup miss put-back. Andray Blatche is the scarecrow....if he only had a brain.

The Hawks have a potent 1-2-3 punch between Johnson, Marvin Williams, and Horford.

0:35: Nick Young three miss......yep, not his night and if he's not scoring, you know he's pretty much not going to contribute anywhere else.

Wizards start with a steal and Nick Young gets the ball knocked away from him going to the hoop.

10:58: Crittenton takes a jumper that looks out of rhythm...miss.

Marvin Williams is hot and McGuire is not pressuring him enough....jumpers. 75-63 Hawks.

9:51: And Nick Young takes a seat, hopefully the end of his uselessness for the night.

9:22: McGee tries to take it against Horford, but shied away from contact with contortionist movement....crazy miss. C'mon kid, try to draw the foul.

Flip Saunders on Phil Chenier's mind? He accidentally calls Flip Murray the name of the coach.

7:17: Nick Young and Blatche return for a fatigued McGuire and Songaila....wish I could say the entrants will hustle like those going to the bench.

0:54: Sweet athletic reverse slam by JaVale McGee.....exciting player, but too little too late when up against the calm and collective Joe Johnson.