A great man once said that a picture is worth a thousand words...I could be wrong, but I think that great man was Jesus.

And, my game blogs, which have become noticeably sparse lately, tend to be very, very lengthy.

So, in lieu, I present what went down last night via screen shots.

Steve Buckhantz and Phil Chenier came out in Bobcats colors....
and they didn't look like they were effing around. 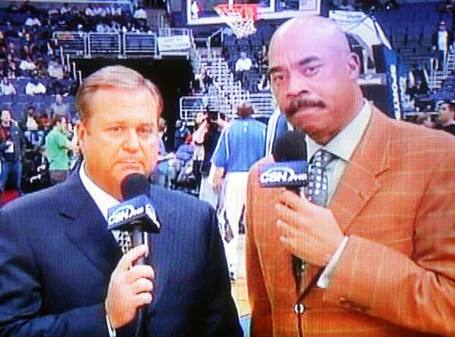 Chris Miller yearned for more text messages
.....he even kept sending texts for the Wizards techies to put on the jumbo tron. 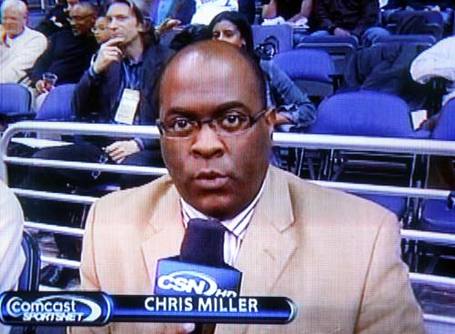 The game was crappy in the beginning....Larry Brown started to doze off.
The assistant in charge of putting 5-hour energies in his IV had the squirts. 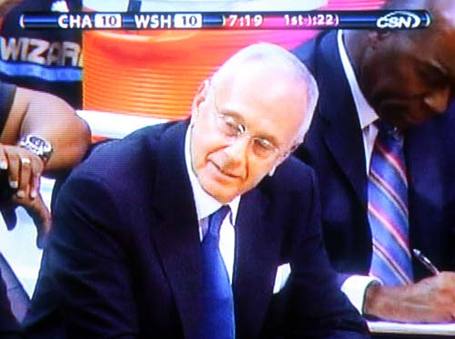 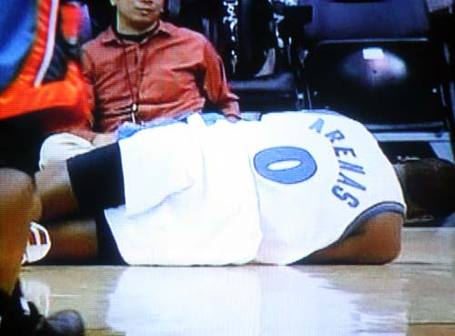 Oh wait, that was another game against the Bobcats.

"Can it be that it was all so simple then?" -Wu-Tang 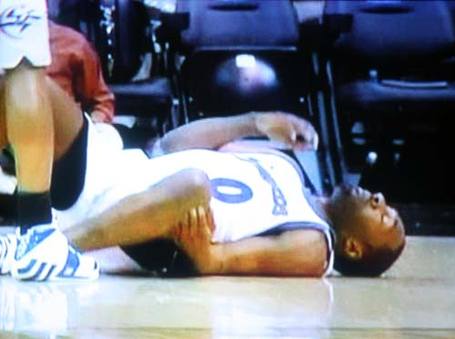 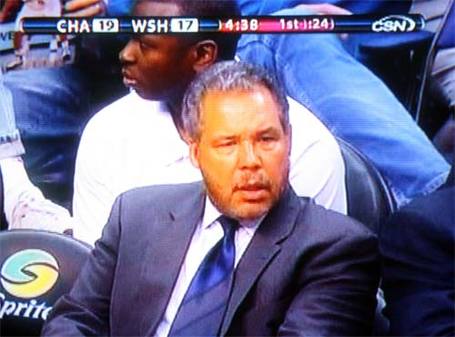 Then Dominic McGuire tried to make an underhand, two-handed pass on a 4-1 break. He telegraphed that thing like Samuel Morse.... 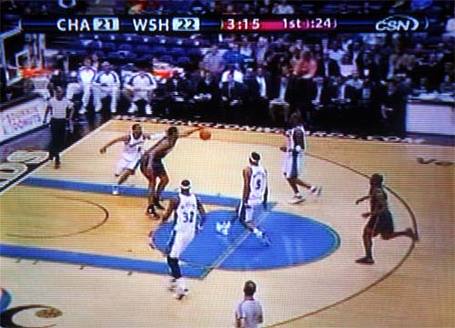 Comcast's Kelli Johnson did her best impersonation of the Ravens logo.

Nick Young caught this sweet alley-oop from Javaris Crittenton,
but there was only like one dude on the Wizards bench to see it. 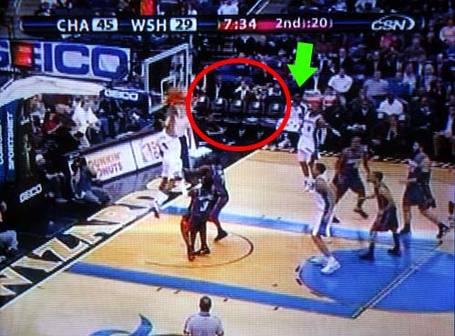 To be continued..... on Truth About It.net