Coaching Guidance With A Healthy Dose of Player Leadership

Share All sharing options for: Coaching Guidance With A Healthy Dose of Player Leadership 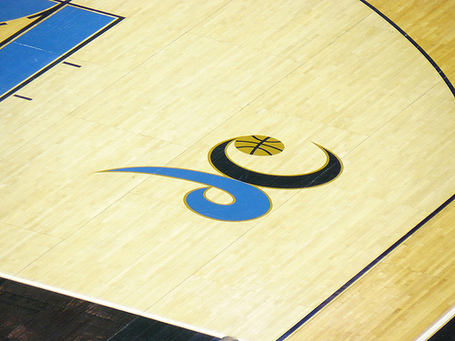 "Bottom line: Whoever gets that job -- and it's a good job if Gilbert is right and you come back with Butler and Jamison -- priority one is handling Arenas," said a rival front-office executive who spoke on the condition of anonymity because he did not want to hamper future dealings with the Wizards. "The thing you had to appreciate about Eddie Jordan was that he had a system that made the kid a star but he also handled all of his quirks. That's a rare combination and, now, the guy has that contract. There are some coaches who flat out could not deal with a player like that. So, whoever Ernie chooses, that coach is going to have to be able to work around Arenas. How that plays out is going to determine the direction of that franchise."

Ivan Carter's latest article is a highly recommended read if you've not already done so. He puts the soon-to-be well pondered question of Wizards coaching into a nice nutshell.

Whatever side you fall on the 'Eddie Jordan should not have been fired' argument, it doesn't matter now.

Ed Tapscott, in all honestly, was a bad choice, even if a temporary one. He has not been able to coax the team into working hard consistently, much less getting them to play consistently well.

That being said, Carter's article hints upon the theme that the players on the court are responsible for the goings-ons foremost, and not the coaches.

I'm not sure who said it during Sunday's NBA triple-header on ABC, perhaps grandpa Hubie Brown himself, but a great point was made about the NBA and leadership when referring to the integration of Stephon Marbury to the Celtics.

Essentially, in the NFL, strong player leaders can't maintain an entire locker room. The head coach should run the domain (unless you're Wade Phillips and the Cowboys -- I can't see that guy wearing the pants in his family much less having a commanding presence).

The NBA is a different animal. Veteran players hold just as much responsibility as the coach in bringing the team together. Case in point: Kevin Garnett.

Back in November of 2007, at the beginnings of a Marbury buyout by the Knicks (good lord, why did it take so long?), I wrote a facetiously natured post on Truth About It suggesting that the Celtics would be the best fit for 'Coney Island's Finest.'

It remains to be seen if the Starbury experience will work, but the opportunity in Boston certainly gives him the best chance to resurrect his career while he's contributing to championship hopes.

So, while in football, the coach, for the most part, provides the blue print, guidance, and drill instructions, NBA coaches must rely more on locker room leaders to implement the plan.

Not to say that Caron Butler and Antawn Jamison are bad leaders. But something has obviously been lacking from the side of the players, and not just the coach, or the GM.

Will a quirky character such as Gilbert Arenas, one who must be "handled" a certain way, sway the balance of leadership aimed towards consistency in a positive manner?

That may be asking a lot for a guy who wants to be a zero. 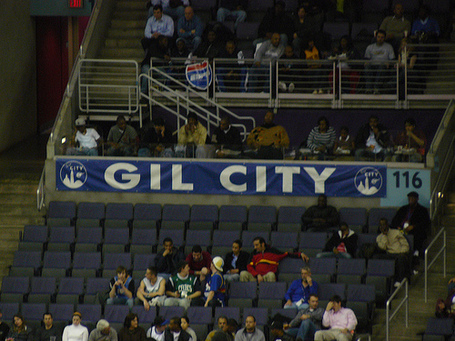