Share All sharing options for: Breaking Down The Utah Jazz Offense (Part II)

During last night's game thread, I commented that the Jazz had a couple beautiful plays implementing some creative screens. One of those such plays is broken down below.

#1: Deron Williams pointed to AK-47 for him to come set a back screen on Mike James after D. Will passed the ball to Matt Harpring on the right. 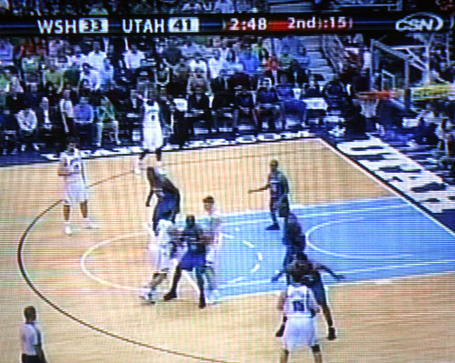 #2: Williams cuts across the lane and sets a back screen for Ronnie Brewer on Juan Dixon; Mike James hangs back to help thinking that Brewer might be cutting to the basket. The ball is swung to AK-47at the top. 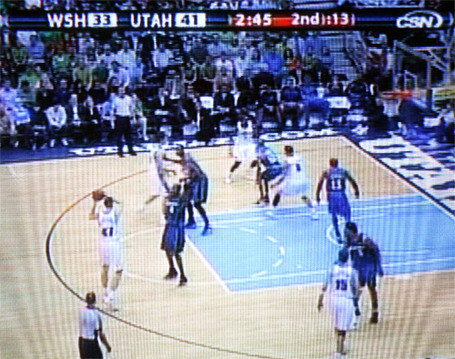 #3: Problem is, Deron Williams quickly slips the screen he was setting for Brewer and right past a screen Mehmet Okur is setting for him. Dixon is able to recover to Brewer, but since Mike James previously had so much separation between him and Williams (partially because he was ready to help on Brewer, partially because he's old and slow), he finds himself on the wrong side of Andray Blatche and Okur.

Also, Blatche seems utterly unaware of what's going on, is out of position to help on Williams, and is in James' way. 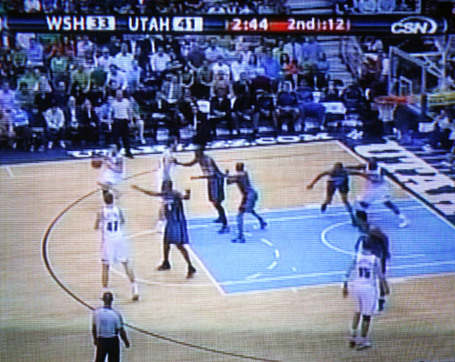 Dixon, thinking that Antawn Jamison and McGuire have secured a board against Harpring, leaves Brewer to get out on the break. Unfortunately, Harpring is there to easily tip the board to an open Brewer who throws down a dunk. 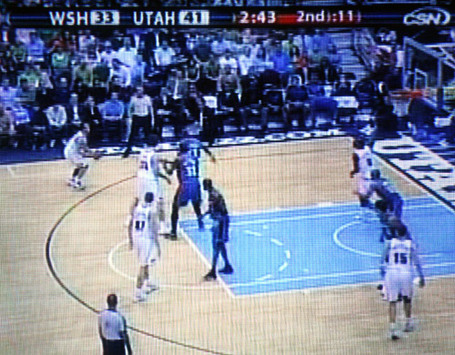 Coming soon.....Breaking Down The Utah Jazz Offense (Part I) on truthaboutit.net