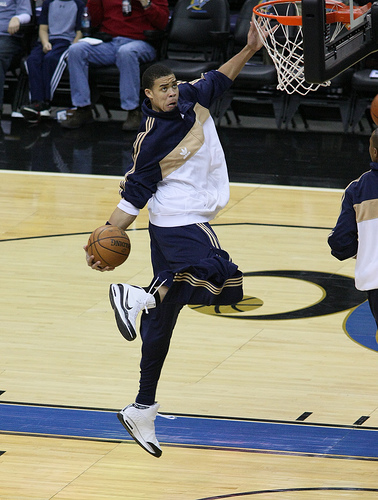 Despite Ernie Grunfeld's hints at not worrying about the luxury tax, and Abe Pollin's insistence that he's "not gonna quit," having to select between one or the other has shades of probability (and if not McGee, then someone else like Nick Young or Andray Blatche -- but the value of Epic Vale is the focus of this poll).

Essentially, "in this economy," the last year contracts of Etan Thomas and Mike James might not be that valuable this summer (together or by themselves) and the Wizards may have to entice another team with prospects or a draft pick (which may also garner an experienced role player for the Wiz).

[Remember: Etan is set to make $7,354,500 million next season and will most likely not enact his early termination option (ETO); Mike James has a player option for $6,466,600 million and most likely will take it.]

So, all that jibber-jabba being said, and as the issue was essentially brought up in this discussion, which do you value most?