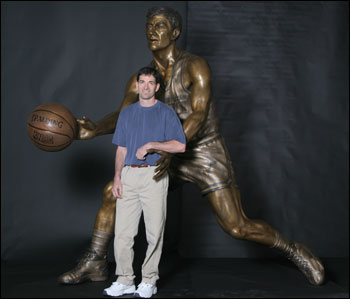 Key Links: (drop any others in the comments)
SLC Dunk
Jazz Notes
True Blue Jazz
Game Day Utah
The Other Side: Jazz

Injury Report: Caron Butler is day-to-day, but in his own words "doesn't expect to play for a while." Deron Williams and Mehmet Okur are both gametime decisions tonight. UPDATE: Williams and Okur are playing tonight, but Ronnie Brewer will not be starting after showing up late for shootaround.

I hate to break it to everyone, but we're getting squashed tonight.

I have to say that I'm a bit surprised the Jazz would go to all that effort to prove something that most of us already know, but then again the Wizards did win the last time these two met, and the Jazz could be without two of their best players, so anything could happen.

On the other hand, it also has the potential to be a white flag of surrender kind of game. The Jazz are in a three-way fight for the Northwest Division with Portland and Denver. The Wizards have nothing to play for and will probably come out tired because it's the first game of Western road trip and I wouldn't be shocked if they're content after a win on Sunday and they're going to save their energy for tomorrow's epic showdown with the Clippers. When you add in that the Wizards are awful on the road and the Jazz have one of the best home court advantages in the game, and it adds up to a game that could be a rout early, even without Deron Williams or Mehmet Okur. For the sake of your own health, I'd advise you not to get involved in any drinking games with the Wizards tonight. I'm not sure anyone can handle that kind of pounding.

This is an open thread, so if you have a band named after yourself, brag about it here.