Share All sharing options for: It Wasn't a Win as Much as it Was Losing Less Than The Other Team: Wizards 106, Kings 104 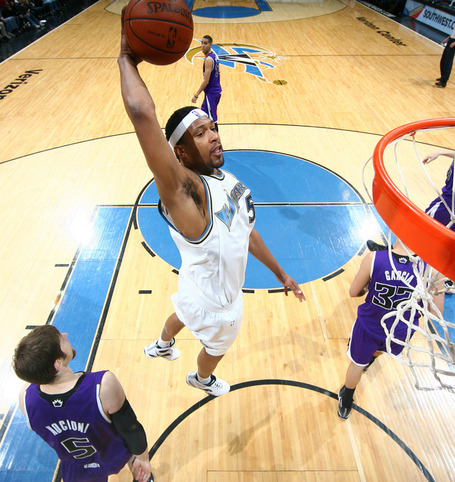 Game Thread Comment of the Game: "The Kings aren't that good.  Don’t sweat them. Trust me. I’m telling you as someone who watches many of the Kings games this season. They’re not worth worrying about." by pookeyguru

Last night is just another great example of why basketball is interesting.  Sometimes you can execute amazingly well and come up agonizingly short and other times you can play absolutely abysmally and still manage to win.  It's the drama that's going to draw millions of fans to March Madness this weekend and what keeps games that have absolutely no playoff value interesting.