Get Ready For More Crab Dribbles

Share All sharing options for: Get Ready For More Crab Dribbles 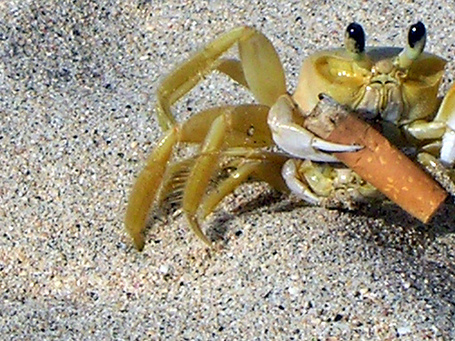 In all fairness, LeBron James isn't the only one guilty of traveling in the NBA....it happens way too much and calls are horribly inconsistent.

So, when news came out that the NBA is reviewing the way they call traveling, which they should, the Cleveland Plain Dealer comes to LeBaby's rescue as an advocate/sounding board.

LeBron wants his move back because they "stole" it.

There's no indication of how exactly the league will "alter" their current traveling rules.

But knowing David Stern (still think he's the best commish in sports), he'll coddle his superstar to the point where Hollywood will consider remaking the late 80s sit-com, My Two Dads, starring LeBron and the duo of Mike Brown and Stern as his paternal protectors.

I mean, the dude is already an unnatural freaking freight train, why not help him even more?

This is just a fair warning.....so brace yourself Wizards Nation, LeCrab Dribble is awaiting his triumphant return.