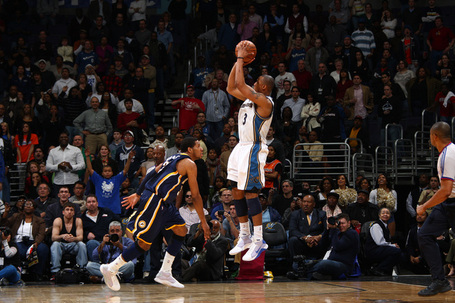 Game Thread Comment of the Night: "it’s like a 24-oz beer after you’ve been in the desert for days." by little stevie colter

After a great win like that, my thoughts tend to scatter and it's hard for me to write anything coherently.  So instead of going with a traditional recap, I'm opting to go in a different direction for this one.  If you're familiar with Facebook, you probably know all about the 25 Random Things that everyone seems to be doing nowadays.  If you're not familiar with Facebook, then just look at this as a fresh way to do a recap.

2. The high score would make you think that Wizards must have been sucked into playing at the Pacers tempo, but there were only 92 possessions last night.  That's much closer to the Washington's average than Indiana's.  The reason for the high scoring is more of a result some hot shooting and/or poor defense.

3. Buck apologizing to Phil because he wouldn't see him on Valentine's Day this year = Slightly awkward. 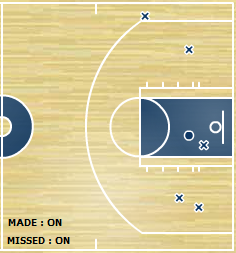 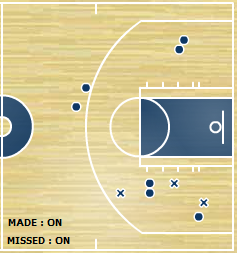 6. If you ever needed proof that timing is everything, refer to #4 and #5.

7. How was Washington able to keep the game in check until Caron got cooking in the 4th?  Give some credit to Antawn Jamison.  He had 17 points in the 1st Quarter to keep things close while the Pacers ran up 37 in the first 12 minutes.

8. Did I mention that Antawn Jamison put up those 17 point despite missing 1:36 after getting whacked in the face by an accidental elbow from Darius Songaila?

10. A big reason for Nick Young's strong performance was his ability to get to the line.  His seven free throw attempts tie for the second most he's had in any game this season.

11. Kelly Dwyer called Antawn Jamison "Antawnamo Bay" in his latest Behind the Box Score.  I dig it.

12. It was encouraging to see Andray Blatche in uniform last night, even though he didn't play.  Apparently, I should have held back on the excitement.

Turns out Blatche, who was on the court for pre-game warmups and was in full warmup gear, down to his trademark sweatband, didn't bring a suit tonight, and because he's not allowed to sit on the bench without a jacket, he just put on his uniform. Guess he couldn't go out there without the sweatband.

13. Maybe this is a dumb idea, but couldn't stuff like this be avoided if the players always left a sut in the locker room?  I don't think buying a spare suit would hurt them in the wallet too much.

14. I'm sure that Caron's performance had nothing to do with Danny Granger making the All-Star team instead of him.

15. Actually, I'm pretty sure the jihad on juice was the reason behind Tough Juice's explosion in the 4th Quarter last night.

16.A lot of praise is rightfully heaped on Nick Young's sweet stroke, but his crossover dribble is just as silky.

17. Definitely didn't know that Oleksiy Pecherov had the pull-up jumper in his arsenal until last night.

18. Everybody was kung-fu fighting. 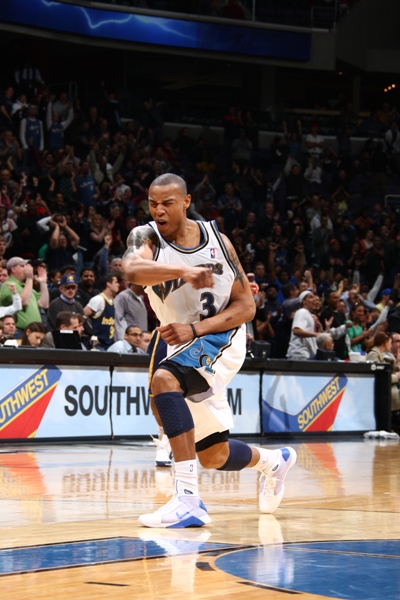 19. Former Bullet and Pacer Haywoode Workman was reffing the game last night.  There was a difference of one free throw between the two teams so you can't accuse Workman of favoring one former team over the other.

20. Dominic McGuire came through with 4 blocks last night.  Without those rejections from Taser, we're probably talking about a loss today.

21. It may have been buried by the drama of the 4th Quarter, but Jamison's layup to beat the buzzer in the 3rd Quarter was nothing short of sublime.  There are not many players in the NBA that can make that kind of floating, corkscrewing layup on a consistent basis. 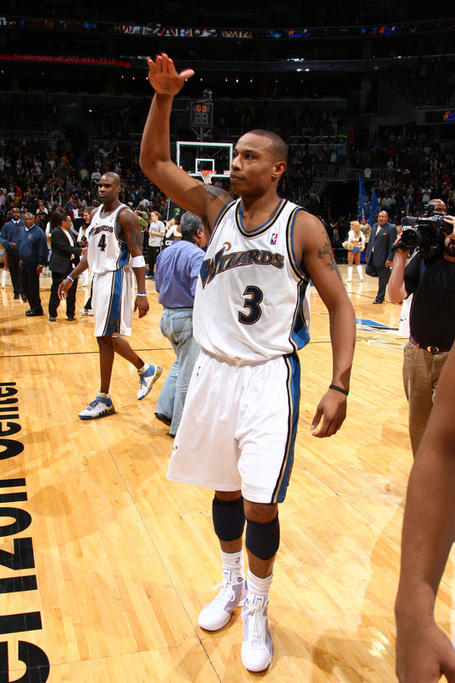