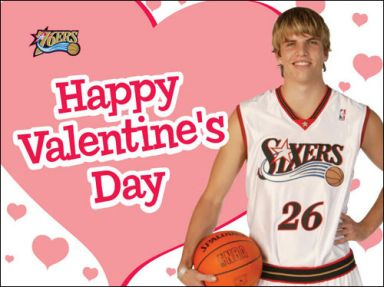 Key Links: (drop any others in the comments)
Liberty Ballers
Passion and Pride
Sixers 4 Guidos
Game Day Philadelphia
The Other Side: Sixers

Tonight Washington takes on Philadelphia in a battle of two teams who really have no excuse to not use red, white, and blue color schemes all the time. Thankfully, at least one team is fixing their grave injustice starting next year, let's hope the Wizards follow suit soon.

A big reason the Sixers have been able to ramp up the offense against the Wizards this year is the play of Lou Williams. He's averaged 18.3 points in the three games against Washington, which is nearly 6 points higher than his average for the season. They've got to find a way to shut him down if they want any chance tonight.

This is an open thread, so debate whether or not Devin Harris' buzzer beater on Monday night to beat the Sixers was more crushing than Morris Peterson's heave to force OT against the Wizards two years ago.

Which buzzer beater was more crushing?