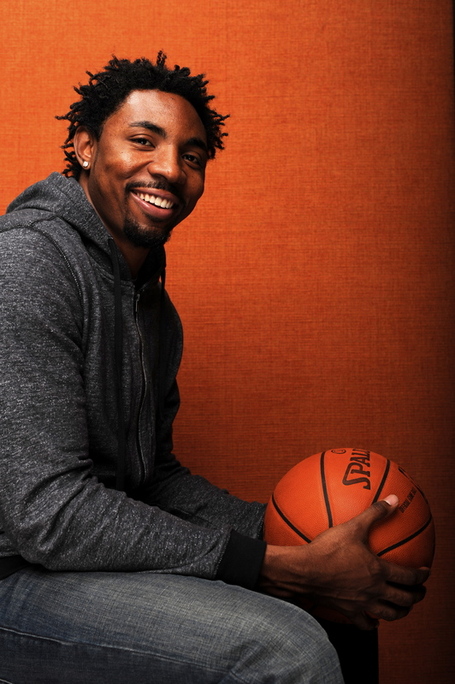 Howdy, howdy everybody.  Apologies for the lack of posting the last few days.  My laptop is listed as day-to-day with an undisclosed condition, so hopefully I'll be able to figure out something in the coming days to get that figured out.

In the meantime, we've got a full docket of events going on tonight.  There won't be any Wizards participating tonight, but there's still plenty of stuff worth watching tonight (or early tomorrow morning if you've got a date this evening).

Of course, Roger Mason Jr. is probably the player that most of us will be rooting for tonight as he participates in the 3-Point Shootout.  Jason Kapono has owned the competition the last two years so the Potomac Rainmaker will have a tough challenge on his hands, but Roger has shown he's pretty good at hitting threes in Phoenix, so I'm not too worried.

Also, tonight gives us a chance to talk about how no one in the Slam Dunk Contest would've done better than Nick Young, but let's save the venom for the rest of the year.

This is an open thread, so relive Bill Murray eating some ice cream Hubert Davis going off in the 1998 3-Point Shootout.