Wizards Got You Down?

Share All sharing options for: Wizards Got You Down?

Here we are, taking a break. And instead of talking about playoff runs and possible trades that may help, we're discussing how to shed salary and the draft. Yuck.

Yep, the Wiz are down and out at the break. The last time the team only had 11 wins at All-Star weekend was in '94-'95 (when they were still called the Bullets), and those 11 wins were only against 34 losses. This time, we have 42 losses.

But if the Wiz only went 7-22 the rest of the way, they'd be the worst in franchise history (only played 80 games back in the day).

But surely, many of you will be rooting for as few wins as possible in order to get more lottery balls (or computerized "chances" -- or whatever they do now) on that fateful day in late May.

Unless.....the question is, who will the Wizards be sending to the draft "lottery" as a good luck charm? Hopefully the team will have a vote, and if they do, I'd like to nominate JaVale McGee's mom. 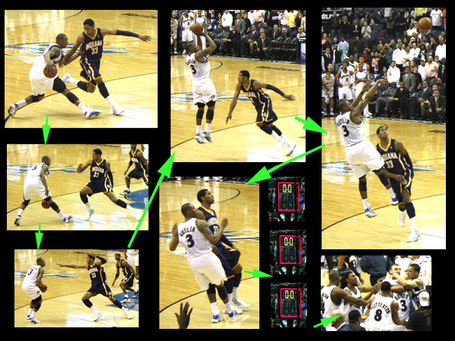 This is just a frame-by-frame account, you can head over to Truth About It for the entire game slide show.