It's time for a little break

Share All sharing options for: It's time for a little break 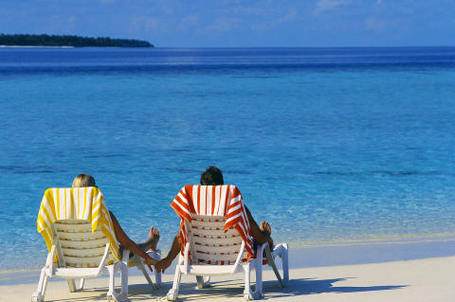 If you told me at the start of the season that the Wizards would have more losses this year then they'd had since 2003-04, I probably wouldn't have believed you.  If you had told me that the Wizards would have more losses at the All-Star break than they had in any season during that four year stretch, well I'd probably tell you that I'd be writing a post about how we could all use a little downtime to recharge our batteries for the final stretch of the season, so that's what I'm going to do.

Undoubtedly, this season has been tougher than any of us could've envisioned.  All but two players (Antawn Jamison and Nick Young) have missed at least one game this season.  Players have been traded.  Coaches have been fired.  Fans have booed.  There's been more than a year's worth of storylines this season, and there's still 29 games left.

Of course, once the Wizards get back into action on Tuesday against Minnesota, you'll still be watching.  Let's face it, if you haven't jumped off the bandwagon yet, you're just not jumping off.  That's not a bad thing by any means, we could all use more loyal people in our lives, but when you watch a team that loses four out of every five games, it can get to be a drag sometimes.  Let's use this week off to clear our heads a little bit and get ready for what should be an interesting end to the season.  The trade deadline is quickly approaching and we should get to see more and more of the team's younger players as reach the end of the season.  And you never know, we might just get the chance to see some familiar faces as well.

Now if you think this is my way of trying to say that Bullets Forever is taking a break during All-Star weekend, have no fear.  We'll still be around keeping you up to date on anything and everything that happens and providing our own little spins on what's happening.  As we embark on this one week break, I encourage everyone to take a little time to relax from what's been a rough season, but keep in touch.  You'll want to be ready for what's on the horizon for this team once the All-Star break is over.