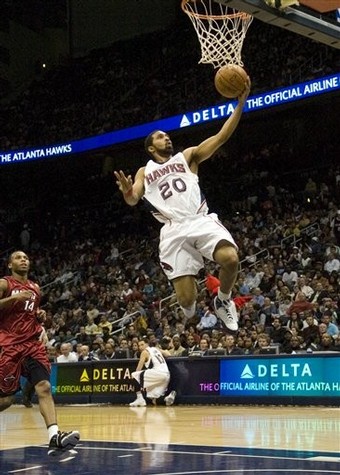 Key Links: (drop any others in the comments)
Peachtree Hoops
Hoopinion
Hawks BasketBlog
Sekou Smith
Game Day Atlanta
The Other Side: Hawks

No time for a long preview tonight, but that's probably not a bad thing since it would just be more words revolving around one point: I don't think the Wizards are going to win tonight. They had a nice win on Sunday against the Pacers and I get the feeling that will translate into a letdown game tonight at the hands of a very good Hawks squad. It also doesn't help that the team is fully aware that they're only two days away from a little vacation time.

Of course, now that I've put this on the internet to be seen by everyone, the Wizards will probably come out with their best performance of the season. If so, score one for reverse psychology.

While you're keeping score, keep an eye out on Antawn Jamison tonight. If he records a double-double, that will be the 250th of his career. Not bad.

This is an open thread, so if you spot a mascot driving down the road tonight, tell us about it here.