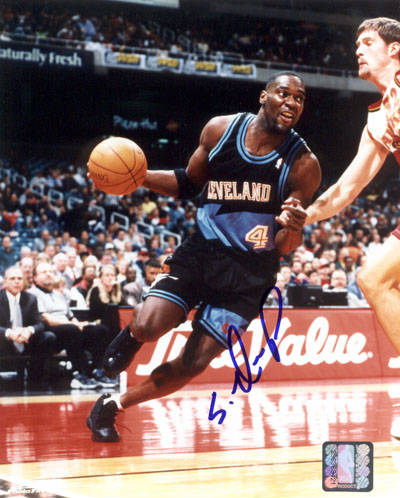 Key Links: (drop any others in the comments)
Fear The Sword
Waiting For Next Year
And One

What happens when an unstoppable force meets a mildly annoying, but movable object? I'm not quite sure, but if it's anything like Friday night vs. Boston, it probably won't be pretty.

Today's game is only half as Lithuanian as it could be: Zydrunas Ilgauskas will be on the bench for a while as he deals with a chipped bone, meaning that Anderson Varejao will take his spot in the starting lineup. It also means that we might get a look at J.J. Hickson coming off the bench, who some felt the Wizards should've taken in the draft last summer.

Speaking of injuries, Andray is a game-time decision for today's game. If he doesn't play, I'm pretty sure that we'll see JaVale McGee get the start, but you never know.

Just because they do it doesn't mean we should: The Cavs have become one of the best offenses in the league thanks in part to their backcourt of Mo Williams and Delonte West. The pairing reminds me a lot of Gilbert Arenas and Larry Hughes from their days in Washington. Mo Williams takes Gilbert's role as the scoring point guard with a nice outside shot and the ability to draw fouls and get to the line. Delonte West takes Larry Hughes' role as the combo guard that can do a little bit of everything.

Should the Wizards try to mimic this matchup by trotting out Mike James and Juan Dixon in the backcourt? No.

Will they probably do it anyway? Yeah.

Just a friendly reminder: There's probably going to be a lot of DVRing today between this and the two NFL playoff games today, so try not to spoil anything in the comments.

This is an open thread, so if you feel like Shawn Kemp in Cleveland after all of your holiday eating, you can vent here.

UPDATE #2: For some really odd reason, I have tickets to this game and am actually attending in person. I'll be wearing my Monumental Air T-shirt, even though it's about two sizes too big for me (they gave me the wrong size). Failing that, I'll probably be wearing my Obama/Arenas T-shirt. Either way, feel free to say hello if you are also attending. I'll probably be around Chinatown before and after the game as well.