The recap that doesn't deserve a title: Blazers 100, Wizards 87

Share All sharing options for: The recap that doesn't deserve a title: Blazers 100, Wizards 87 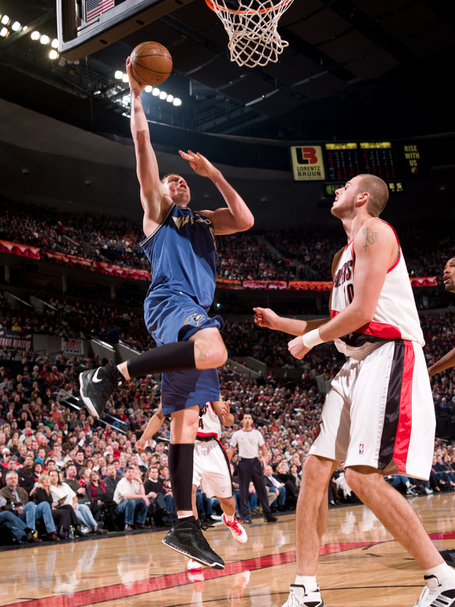 (Photo by Sam Forencich/NBAE via Getty Images)  In the interest of full disclosure, I almost went with this, but figured that I should try to keep things on topic, at least until the end of this sentence.

Mid Major Dunk of the night (aka Jake's chance to pimp George Mason, even though they lost a hard fought game to VCU)

Game Thread Comment of the Game: "So...we know that “Fist-1-3” is the play that calls for Caron to shoot up a wild three that airballs. Glad we established that" by YellaFella

Normally when the Wizards lose, you can more or less boil it down to one of these three reasons.

One of the reasons that you don't normally hear is turnovers.  Usually they're able to keep games closer than their offensive and defensive numbers would indicate because they're pretty good about holding on to the ball, so even if the other team is shooting at a higher rate, the Wizards can keep it close because they have more opportunities.

You definitely couldn't say that about the Wizards last night.  In 91 possessions, the Wizards turned the ball over 26 times.  In other words, every time the Wizards brought the ball up the court, there was a 28.5% chance that the Wizards would cough up the ball.  You just can't win games when you're that sloppy with the ball and from the looks of it, that sloppiness may have eminated from a sloppy shootaround to start the game.  Check out this report from Ben of Blazers Edge:

It's difficult to imagine a team caring less about winning or playing the game the right way than the 2008-2009 Washington Wizards.

It started with the most lackadasical warmup routine I've seen this year, starring an assistant coach who was practically begging Nick Young to focus for 5 seconds so he could hit at least 1 15 foot jumpshot out of a series of 7.  In the co-starring role: 7 footer Javale McGee, who, while practicing complex crossover dribble moves on the perimeter unguarded, was challenged by a teammate to make a 3 pointer for $100.  He attempted to take up this bet but, before he could launch a shot, found himself running across the court to track down the ball that he had managed to dribble off of his own foot.

This scene was followed minutes later by another Wizard firmly declaring, "male sperm swim harder than female sperm." [Ed. Note: I'm going to guess that was Andray, but there's six or seven players on the team that probably could've said that and it wouldn't shock me. -Jake]

Later, the crowd was treated to Deshawn Stevenson, who had scratched himself from tonight's contest due to lower back pain, shimmy-dancing in his seat (through the pain?) during multiple timeouts.

Now we know that the Wizards have been one of the looser teams in the NBA for a few years now.  I've never really gotten to see the Wizards warm up on a consistent basis so I don't know if it's been like that for a while or if this is a more recent development, but given the way they played against the Blazers last night, it wouldn't shock me if it played into the team's incredibly sloppy performance.

Other observations from last night's game: