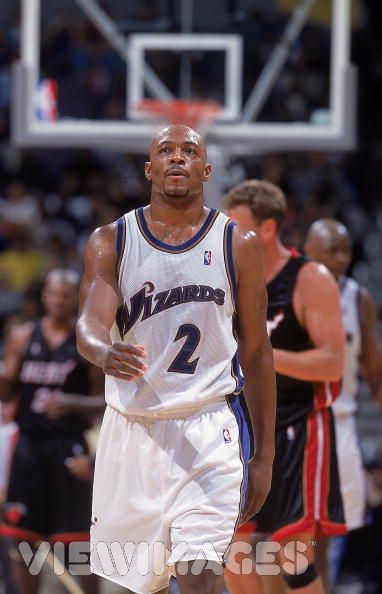 I'm sorry, but after reading articles like this one from Mike Jones (HT: Fundefined), it's getting harder and harder to find any way to justify this organization's plan.

The second half won't feature a throwing-in-the-towel-type demise in an attempt to better position themselves to win the lottery for this summer's draft, and it won't be an attempt to give their younger players more experience for next year.

"I will not be a part of that," team captain Antawn Jamison said. "We're playing, and we're playing to win."

Said teammate Mike James: "Yeah, the fight's still there. It's got to be there. If it ain't, it's going to be even longer of a season, so we have no choice. We got to fight."

Providing further evidence to the Wizards' intentions, interim coach Ed Tapscott said he will continue to give his veterans the bulk of the playing time rather than handing their minutes over to the young players.

The shortsightedness of this organization has reached a mind-boggling level. The Wizards are 8-32 right now. They can only lose nine more games before they clinch a sub .500 season. And yet, the plan is to continue to play players who have no prospect to improve and no long-term future with this franchise. It's one thing to mess up this year; it's entirely another to screw up player development so badly that it'll kill us in the future. If this is really the plan for the last 42 games of the season, how exactly do you expect your young guys to develop? Aren't these guys supposed to be the future? If not, then who is?

The worst part about it is that you can't even tell me that we actually have a better chance at winning this way. If the Wizards were truly playing to win, then why play the guys that have been the keys toward being 8-32? What, pray tell, is the point of playing Darius Songaila at center? It sure isn't helping our defense, and that seems to be the emphasis of the team going forward. If it is, why is the worst defensive center getting the bulk of the minutes at the position instead of the athletic freak who can't seem to get off the bench. Why should Mike James play 35 minutes a game when Javaris Crittenton is just as good? Why do Caron Butler and Antawn Jamison play so many minutes when there's no point going forward?

The ridiculousness of this quote tells you all you need to know about the incompetence of this organization right now.

"It's the ability to execute what we are trying to do. If we are going to be a defensive team, then one of the things you have to do is play pick-and-rolls correctly, you gotta play post-ups and iso correctly. Mistakes at those times, cost you dearly against a very good offensive team. So now, you're looking for matchups and the proper reactions on defense. And those things just take time and experience. If you're thinking too much here in this game, you're behind. You've had to have done it enough, it becomes instinctual, you know it, anticipate it. Some of our young guys are struggling to get to that point. It's a process. I don't fault him. He plays hard, he gives his best effort. It's just a lack of experience that at times costs him and others in certain situations and that will come with time."

Taps blames a lack of experience for benching JaVale McGee, then won't give him the playing time necessary to developing that experience. It's hypocrisy on the highest level. And while McGee is the subject of this quote, it may as well apply to any one of the young guys. Who, by the way, are outperforming the veterans in front of them.

I'm beginning to believe Ernie Grunfeld is behind all of this. If so, he needs to be fired immediately. I don't care about all the good things he's done for us in the past; he's now screwing with our future. If we continue on this path, we've not only lost the season, we've lost the next six years. In case you all don't remember, we don't exactly have a ton of cap flexibility to do much to improve the team in free agency. Improvement mostly needs to come from within, and that means fostering improvement in those that can actually improve, not placading the egos of the veterans so the organization can give off the appearance that an 8-32 team is "not giving up." We're not stupid.

Playing the young guys is not the same as tanking when the young guys are the best players on the team. And even if it was, so what? What else do we have to play for anyway?

Oh, right, we have a game tonight. Sacramento is a team that sucks, but realizes they suck and are playing their young guys accordingly. They've committed to rebuilding and, in a couple years, when Jason Thompson, Spencer Hawes and the like are solid NBA starters, we'll look back at this season as the tipping point in their development. It's a tipping point our organization is incapable of realizing. We must reach this point, and we must reach it soon. Kudos to the Kings for getting it right. Hopefully, they'll provide an example for us.

I want a win, but I want one in the right way. So, I guess, GO WIZARDS!

(Oh, and for the Sacramento perspective, go read Sactown Royalty. It's a shame that such an incredible blog is wasted on such a bad team. Sacramento fans are among the best this league has).