Nothing golden about this: Warriors 119, Wizards 98

Share All sharing options for: Nothing golden about this: Warriors 119, Wizards 98

Photo of the game 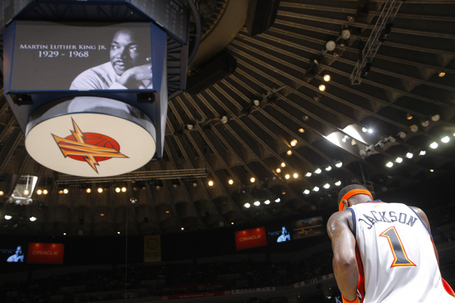 Game Thread comment of the game: "The only thing this team is showcasing is a heaping pile of suck." by little stevie colter in response to Alpha_Snail's question of whether or not the team was showcasing Andray Blatche for a trade.

The Wizards got off to a disoriented start: They couldn't figure out which way to line up for the playing of the national anthem. The majority of the team faced midcourt, but there was no flag there. In doing so, they had their backs to the flag, which hung from the rafters.

Meanwhile, Oleksiy Pecherov, Darius Songaila, Juan Dixon and Mike James stood facing the flag. Caron Butler lined up with his back to the flag, turned around, then seeing the rest of his teammates turned the other way returned to his original position. Pecherov and Songaila also fell in line and turned their backs to the flag. James and Dixon continued to face the flag.

Okay, blaming all of the Wizards woes on an awkward National Anthem is probably a stretch, but it's a lot more fun that way.  No word on if Pech tried to pad his stats by throwing up some treys during the anthem. 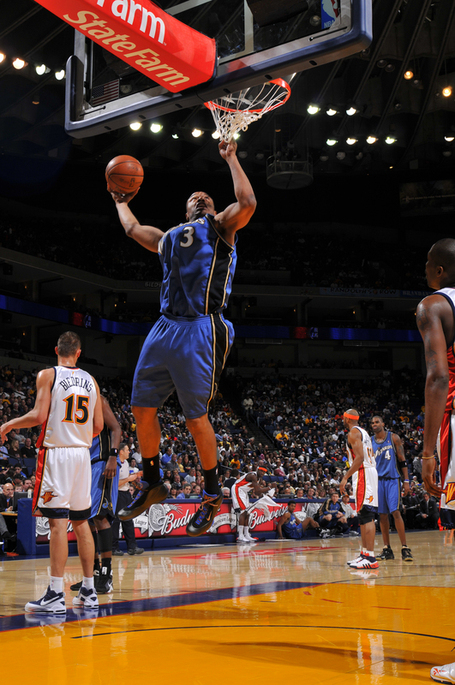