There are more L's in development than W's: Bucks 97, Wizards 91

Share All sharing options for: There are more L's in development than W's: Bucks 97, Wizards 91 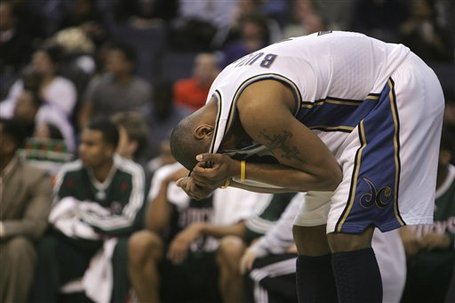 Game Thread Comment of the Game: "Looks like the referees are going to even up foul calls QUICKLY." by Rook6980

Tough loss last night, but like the last game, there's some good that can be extracted from last night's tough loss.  But we need to talk about the bad stuff as well.  Let's start off with the negatives and try to end on a good note.

Ed Tapscott has harked on it a lot recently, but it's true: Settling for jumpshots is a good way to get real cold real quick. Here's a breakdown of the Wizards possessions for the first seven minutes of the 4th Quarter:

The Wizards took the least efficient shot you can take (long two point shot) on nearly half of their of their possessions during that seven minute stretch. The only thing efficient about the offense during that stretch was how quickly they lost the lead.