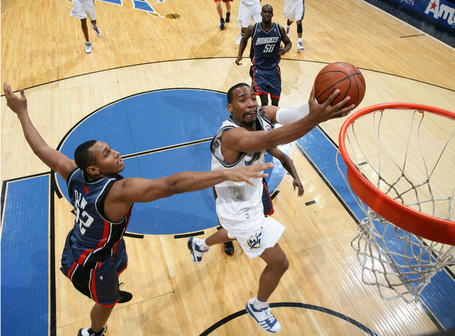 Javaris Crittenton will make layups, but he will not make them with a smile on his face.

Jon L's comment would end up being prophetic as the Wizards fell apart during the stretch, only making 7 of their 18 shots in the 4th, opening the door for the Bobcats to eek out the win on the road.

It fit the classic profile for a crushing Wizards defeat.  Let's run through the checklist:

It was a tough defeat, but certainly not one that we haven't seen before.  Still, there's a lot of good that can be taken away from last night's game to build on for the rest of this stretch.