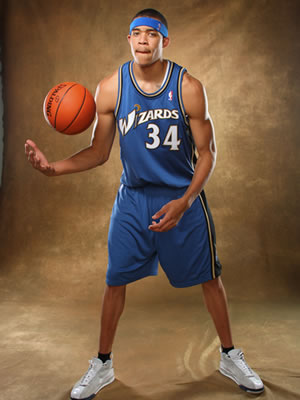 You see this man?  This first-round rookie that has been better than anyone imagined.  This guy who blocked three shots in the first minute of the game.  The guy who was killing Chicago's tiny front line.  The guy who was also awesome offensively.  The guy who has the longest wingspan in the league and won the starting job earlier this year.  The only guy who could have deterred Derrick Rose from driving to the basket.  The guy who would have helped prevent the woeful Bulls offense from scoring 117 points.

Yeah, he deserves more than 11 minutes.  I figured I wouldn't have to tell you this, not after that basically ushered Eddie Jordan out of town, but I guess I do.

I really thought you had turned a corner, Ed.  I really did.