Last night's win over Houston reminded me a lot of the Wizards two wins over New Orleans last season.  Both times the Wizards were able to take down an elite Western Conference team without Gilbert Arenas and Caron Butler.  Both times DeShawn Stevenson came up wtih big shots down the stretch to seal the win and both times you could argue that the win was just as much a result of the Wizards stepping up as it was the other team missing makeable shots and not showing up for long stretches of the game.

But hey, it's not like I'm complaining or anything.  If teams want to keep playing the Wizards like that, 59-23 is still a very legitimate mathematical possibility. 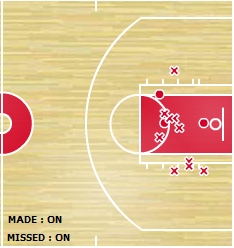 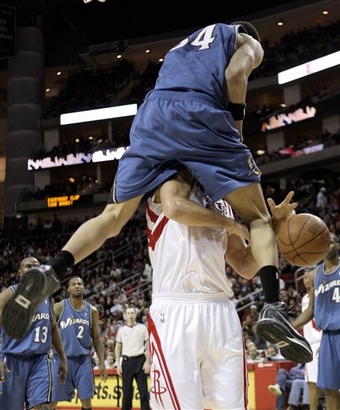