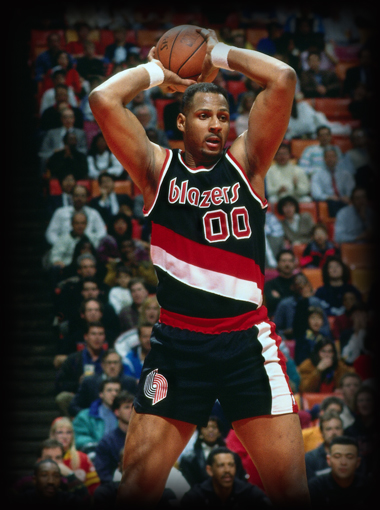 Tonight's a real test, folks. Portland's playing really well and we're on the second game of a back to back. So are they, but they have more depth.

There's a lot of excitement about Ed Tapscott's coaching record so far, which includes two blowout wins, but tonight, like the Atlanta game, is going to test how far we've come. Portland is an outstanding three-point shooting team and they're also leading the league in offensive rebound percentage. Greg Oden has been playing well for them, so this will be a test for JaVale McGee. Ditto for DeShawn Stevenson and Brandon Roy. Stevenson held Vince Carter in check, but Roy's a tougher challenge.

I guarantee you our thread will include several Blazers Edge guests. Be nice. They're mostly civil people and are here simply to learn. We're having a pretty good discussion about Antawn Jamison as a Trailblazer here.