Share All sharing options for: Let's talk about the real robbery yesterday

It's a good thing that yesterday was Christmas or else yesterday would've been absolutely abysmal.

Obviously, I'm not too upset that Dwight Howard got an invite over Nick Young.  The man knows how to put on a show and there would be quite a few people upset if they didn't get to see his phonebooth dunk.  I'm not too upset over the three rookies (Russell Westbrook, Joe Alexander, and Rudy Fernandez) getting a shot to participate either.  All three of them have some explosive hops and whoever is chosen should be a worthy contestant.

But when it comes to the other two contestants, we've got some problems.  With all the great dunking talent in the league, why did they have to go and invite two retreads?  Mike is pretty upset over Nate Robinson making another appearance in the contest.  Probably some of his frustration comes from watching some of his dunk attempts have reach Birdman status before finally getting the dunk to go or maybe because he's been used a prop for someone else.  Still, if you're going to go with someone that been there before, he's a pretty good choice.  I'd rather see some fresh blood, but he's not a bad choice.

The selection that really baffles me is Rudy Gay, who keep in mind, finished dead last in the 2008 competition.  His in-game dunking is nothing short of spectacular, but he didn't exactly set himself apart last year with his two dunks.  Maybe he was saving something spectacular for the final round, but there have been plenty of contestants who have come and gone who could probably make the same claim.  Again, why not try to bring in some new blood who might be able to bring it for all four spectacular dunks instead of someone who might bring for it two?

Unfortunately, it looks like we won't be able to answer those questions and it'll be another year before Nick gets a chance to show what he's got in the dunk contest.  Let's just hope they decided to do it this way so that fans wouldn't be forced to chosse between Young and Dwight Howard in the same contest, or something like that.

In the meantime, I guess we need tomove in a new direction with the campaigning.  Does this work? 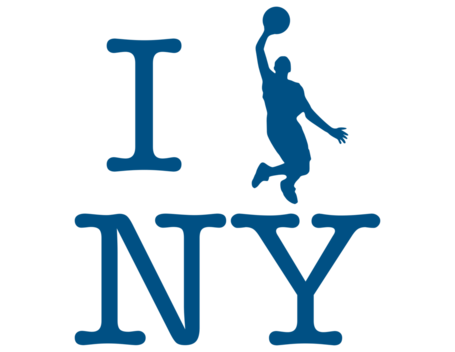