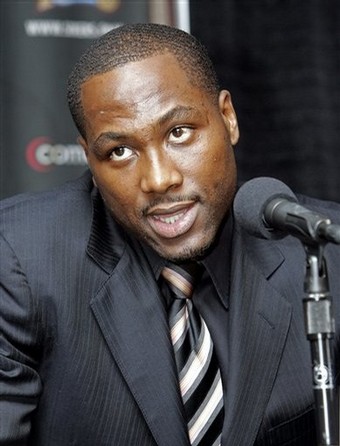 Finals are done, but I had a long travel day and haven't been able to post much. I'm telling you though, more material is coming soon. Promise.

Philly's here after they recently beat us up on their home floor. Elton Brand isn't playing this time, though. Antawn Jamison, meanwhile, hopes to play but is a game-time decision.

I'm probably catching this one on delay, so for those here, comment away. GO WIZARDS!

(Oh, and I'm 100 percent against trading for Samuel Dalembert. At best, Sam's comparable to Haywood (and he's been about as far from his best as possible this year), but he also makes over twice as much for more seasons. Think about it this way: Dalembert would immediately challenge Jamison as our third-highest-paid player. We're talking about a backup center here. Just sign someone for the MLE.)