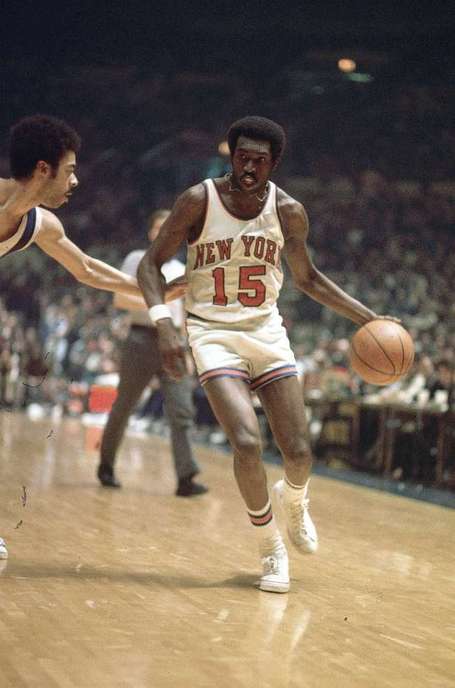 Key Links (drop any others in the comments)

Knickerblogger
Posting and Toasting
Knicks Fix
Wizards Insider
Two solutions for reforming the lineup
Talk about a misleading headline...
Truth About It
Another Knott pity column, at least he's acknowledging injuries
Wizards Insider on the Knicks

Knicks at Wizards: Wizards by 5
Over/Under on Total Scoring: 206.5

If we do not win this game, I might shoot somebody. Some quick points before we start.

Clarifying my position on Blatche: I never got a chance to write that post I promised because my life is way too busy for my own good right now, but I feel like I need to at least make things clear lest I be labeled as a Blatche apologist (deservingly or undeservingly). The thing is, I share everyone's frustration that he has yet to take the next step. I was like "WTF, dude" when he threw that ball into the first row. But I am not the type of person who feels right making the jump that Dray doesn't care about the game. That's a really unfair thing for a fan to say, methinks. I think he's trying too hard to impress everybody instead of setting down and playing his role. A lot of that is his fault -- he has to realize he's in there to rebound and defend.

A lot of it, however, is the way his minutes are yanked around. He's singled out for not performing, but it's unclear exactly what he's supposed to do, other than to play well. When you go from using him as your closing center one game to playing him four minutes in the next to then starting him, it's hard to ask him to be consistent. This isn't a new thing either; we've seen this each of the last three seasons. Search the archives here for the complaints. I just want to see Blatche get the same amount of time each game and for Eddie to explicitly say to him what his role is. If Blatche continues to get his minutes for a stretch longer than one game and still underperforms, then he'll bear more of the blame. For now, though, it's too early for me to do that.

I will say that Eddie gets a bit more of a pass now because Blatche isn't the only dude who's minutes are being jerked around. It's also not as bad as Haywood because, with Haywood, there was the added drawback that Eddie was benching one of his most important players because of perceived lack of effort. But I'm going to continue to get on people for making a ton out of Blatche's mistakes and not doing the same for everybody else. You're free to view this otherwise, but I'm free to opine that such view is unfair.

About the Knicks: They're running this year, all the way up to second in pace through four games. Of course, when Chris Duhon is your point guard, you aren't going to have an efficient offense right away. They are 2-2, with wins over Charlotte and Miami, but the offense hasn't been much better just yet. It is interesting to read about the need to corrall long rebounds tonight (see the first WI link). All the more reason for Blatche to play, though it really means DeShawn and Caron need to really focus on boarding.

Lineup changes: I think both Ivan and Mike Lee go a little over the top with their admittedly interesting lineup changes. (To be fair, Mike's wasn't his idea, and Ivan was just responding to Mike's post). Playing small is silly except for late in games when you need a score. Playing big (DeShawn/Caron/Antawn/Dray or Songaila/McGee makes more sense, but I think it's a little too drastic. I really just want to see Juan starting. Ivan's right that we need to be careful about the tiny sample size, but the difference between our bench guards and our starting guards is staggering. Breaking AD and DeShawn up is a decent experiment if you're searching for answers.

Center, center: I'm expecting a lot of small ball tonight. I hope it doesn't happen, but I get it on some level. Just make it Blatche sometimes instead of Songaila.

I also want to see JaVale get a lot of minutes. Eddie has hinted at playing the guy more, now it's time to follow it up with some action. JaVale's going to make major mistakes, like he did when he allowed Andrew Bogut to get the go-ahead dunk in regulation, but he, like Blatche, needs to work through them. It helps that JaVale is younger and seemingly more coachable in Eddie's eyes.