Share All sharing options for: Scattered thoughts on the Eddie Jordan firing

I said earlier that my thoughts on the firing of Eddie Jordan were scattered and to be honest, they still are, but I feel the need to say something so rather than try to collect them all into some garbled nonsense, here are those scattered thoughts in their raw form.

An agitated Jamison (and he's almost never agitated) when asked by a TV talking head whether Jordan "deserved it" : "Next question."

More Jamison: "As players you take the responsibility for going out there and getting the job done and we didn't get it done. Unfortunately they got rid of coach and we have to take it from there." 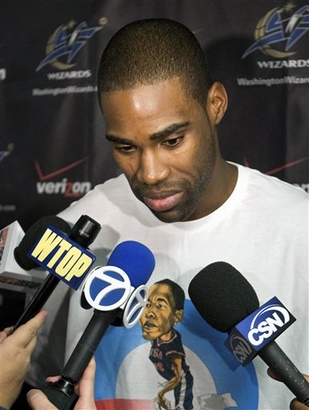 He was never able to get this team over the hump, but he’ll be remembered more for the good he did for this franchise. He’s a good man, a solid coach and a great Washingtonian, but it was time to move in a new direction.