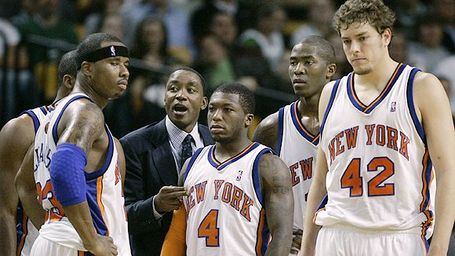 I love this photo because literally every single player is ignoring Isiah Thomas. I'm sure I'm taking this out of context, but it's just so damn amusing.

Anyway, the Knicks will trot out a skeleton crew tonight after their two big trades yesterday. The result the last time we played the Knicks caused me to unleash this epic rant that made less sense than anything that's ever been posted here. Hopefully, that won't happen again tonight.

I'm taking the girlfriend out tonight, so I'll probably catch this one on archive. For those watching live, chat about the game here.