The Glass is Always Half-Full: A Q&A with Bobtimist Prime of DC Optimist

Share All sharing options for: The Glass is Always Half-Full: A Q&A with Bobtimist Prime of DC Optimist

[Ed. Note - I know that the timing of this is a might seem a little odd coming off the big win last night, but trust me, you'll still enjoy this. -Jake] 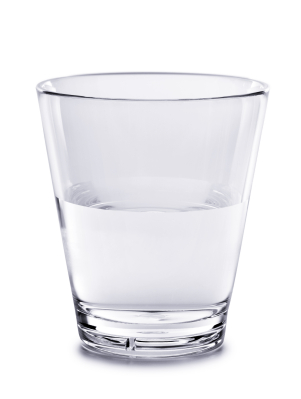 If you've read this site for a while, then you know that we're big fans of the blog DC Optimist: they're intellgient, funny, and most importantly you never leave their site feeling worse than you did when you came.

If you've been watching the Wizards for the last few weeks, then you know that there hasn't been a lot to be optimistic about recently: the injuries are piling up, the defense has struggled mightily and they just can't seem to get a W.

With morale dropping at a record rate, it seems like a good time to get advice from the best on how to weather the storm of pessimism that rages around us so we tracked down Bobtimist Prime from DCO to get his advice on how to keep a positive outlook on the season that hasn't had a lot of bright spots...yet.  Check out the Q&A after the jump!

At times like this, with Gilbert Arenas and Brendan Haywood on the shelf and the Wizards stumbling out of the gates, pessimism is looking like a mighty good option right now. What would you tell people who are beginning to condition themselves to expect the worst?

Bobtimist Prime: In every aspect of life, pessimism is about as good of an option as a drawn up play that involves A.D. holding the ball for 23 seconds and shooting a three. Why make like highly-paid Washington Post analytical columnists and start immediately proclaiming doom for this team when such a small sample of the season is taken into account? The Wiz haven't played many games when compared with the rest of the league, and despite the cakiness of the early sched, one ought to expect this team to have to settle into their groove, like they have always done. The refrain this year for the non-'tism-inclined could easily be, "They were 0-5 last year, and we had all of these same thoughts, and look where they went!" But they could also take into account the fact that Eddie Jordan-helmed teams seem to always start slow, November has never been a kind month to these jumpshooters, who, I believe have to settle into a shooting groove before they are properly utilized. And once Gilbert is back (saaavved by zeeerrooo), the shot creation aspect of the team that has been missing in these early months will return. And we are all confident that he will be 100% totally just like as awesome as he ever has been when he returns due to the marvels of modern medical procedures. Plus, has there ever been a more exciting youth core lining the bench of the Wiz since, what, the late 70s? Nick Young, Andray Blatche, JaVale McGee, and Dommy McGuire are a cool little set of hope-boosters that liven up even garbage time. So, I might add to a Wilbon-like dismisser that this team has a young, nucleus! Taking a wait-and-see approach

Obviously, Manny Acta fills the role of Mr. Optimism on the Washington Nationals. Who fits that role on the Wizards and would you say he compare Acta?

Bobtimist Prime: I think the model of regional sports 'tism on this team remains Gilbert. Takes less money to remain on the team in order to build a possible champion, remains steadfast that his recovery will be 100%, reccommends the team sign successful addition Juan Dixon, knows Nick Young is a Kobe in the waiting, etc. etc. The fortunes of this team swung to the slightly positive once he swore his ever-loving faith in the Wiz, and they continue to be on the better side of mediocre ever since! I think that he compares strongly with Manny Acta, both have dealt with the complete decimation of the entire team via injury along with the complete lack of faith from the local media. But I am not sure Gilbert has the capacity to lead his men through the slaughter with a smile on his face and a successory in his heart as Manny does. I just can't see Gilbert rousing the spirits of the team with the same rah-rah spirit.

In times like this some say that the optimistic approach would be to hope for a low record which will lead to a high draft pick. Is that true optimism, or is it just a less pessimistic form of pessimism?

Bobtimist Prime: That cowardly approach doesn't take into account the most obvious aspect of that whole philosophy: losing a lot of games doesn't even guarantee you that exquisite pick. I mean, how long have the Knicks purposely sucked (it has been on purpose, right)? And have they obtained that all-world high draft pick that will finally make them emerge from the doldrums? No. And even with the Wiz suffering for all of those previous-to-Eddie-Ernie years, they never got anything more than Kwame. Draft picks are about as reliable as a Michael Ruffin three-pointer. And this season is far from lost. Once they right the ship and return to better-than-OK status, Ernie Grunfeld will again find some magical 14th to 15th overall pick to prop up the bench with. I have this same negative philosophy toward saving up a ton of cap space to lure some mega-uber free agent. That doesn't work either. Everyone knows the wave of the NBA future is getting veterans who have been bought out of their hefty contracts (like when, in the near future, the Bulls cut Larry Hughes and he makes his spectacular return to the Gilbert back court).

How do you deal with fans who don't share the same optimistic outlook that you do? Give 'em the ol' pep talk? Remind them of all the great things that optimism has done for us in the past? Call them out for quitting? Or do you just let them wallow in their self-pity?

Bobtimist Prime: It has been the main thrust of this once-often-contributed-to blog to be the source of positive sensibilities for the unwaveringly frustrated fan. We aren't interested in pity parties and blaming curses or lack of proper fan support or the owner or whatever ligament can't seem to stay friggin' uninjured for more than like a week. We understand that there are building machinations finally going on with these teams, and the positive results will begin trickling in and, thus, once victory is spread throughout the region, we can all rejoice in the most heartening of celebratory chants: "I told you so." We will let the professional sportswriters wallow poetically on their recyclables, but we will not let the good-natured fan do the same. Sometimes I like to think every post is a Manny-like pep talk to our circumference of readers, urging them to stay medium, not end up like those sad sacks in Philadelphia, who despite being gifted that World Series, are the quintessential example or what not to become.

Bobtimist Prime: Other than the pity blog visits, and the endless potential for Tony Kornheiser to crack wise, likely involving calling Dominic McGuire Mark McGuire or something, these short-term difficult times have yielded much in the way of re-thinking what makes a team great: personality. I think the Wizards have accurately achieved that with their current squad. Nick Young's lazy-eyelids, slippery Cali drawl, and slick step-back game are so much fun to be a part of, even if it doesn't lead to ref-abetted wins, and corny NBATV montages. I'll take Gilbert's actual true and real personality on blast on his blog over the corporate-manufactured, ad agency written shiny personality of LeBron James. Sure the Q rating of the Wiz has directly resulted in them getting no kind of love from the refs, the NBA, the local media, owners of The Park, etc., but the real dudes: the Steinbergs, the Nutzzs, the Pradamasters, they understand how loving a lovable team outreaches anything as trivial as wins and losses. Once Gilbert's jersey is hung in the rafters at the phone conglomerate Center in 20-whatever, I'll always think of that factor right alongside the daggers.

Big thanks to Bobtimist Prime for his excellent responses.  You can see him doing his thing at DC Optimist, a must-read for any D.C. sports fan.