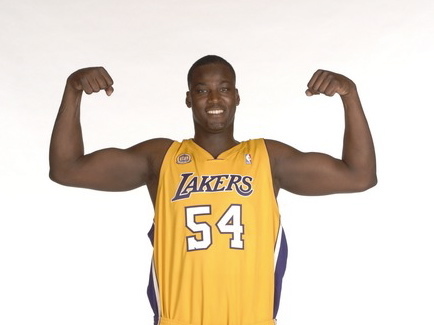 Run, run run: So Eddie is waxing about the need to push the tempo to create easy scores. I'm an advocate for this, just because our half-court offense isn't nearly as efficient as it used to be, and it would have probably helped us beat the Nets. Truth be told, though, it's a whole lot of hot air, at least in the short term. For one, Antonio Daniels isn't the running type and Antawn Jamison isn't either, unless you ask him to spot up behind the three-point line. For another, the Wizards aren't going to be able to run on Detroit, the league's slowest-paced team last year. Detroit's transition D is impeccable and they do such a good job of controlling the ball and not letting you get into the open floor (4th in TO rate last year). We better make more jumpers if we want any chance at winning.

Inactive activity: Eddie's still not sure who will be inactive today. It sounds like he's using the spot as a leverage to get all our young guys to play well, so I assume whoever sits tonight is the one who didn't practice well. My guess is that Pecherov gets to play and someone like Dee Brown gets the shaft, which is a wonderful idea when you're trying to push the pace (not).

Forever baby-eating: Perennial Wizard-killer Jason Maxiell will be a Piston for a while after agreeing to a 4 year, 20-million dollar deal extension earlier this week. That's great value for a guy who is such a key bench contributor. I predict he will grab about six rebounds over Andray Blatche tonight.

Royalty: Caron Butler struggled against Detroit in the three games last year, averaging just 15 points a contest. Caron tends to struggle against long small forwards, and Tayshaun Prince is probably the longest one in the league. This'll be a real test to see if Caron's really more aggressive than in years past. I felt he did a good job driving to the basket last time, but he's going to have to be even better tonight, since Prince is going to bother his jumper like crazy.

Etan on an island: I'm curious whether Eddie will give Etan more than 18 minutes tonight. Detroit's frontcourt is deep and tough, with Amir Johnson, Antonio McDyess and he who shall not be named joining Maxiell and Rasheed Wallace. Last year, Andray Blatche was eaten alive against Detroit, particularly in the first matchup in January. Etan may actually be able to mix it up inside better, though I'm sure he'll have more trouble scoring than usual.

This is one of those games where we'll miss Brendan dearly.

This is an open game thread, so flex your muscles here.