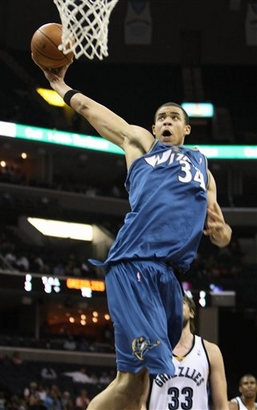 Okay, maybe that's a little extreme.  But 20 points (on 8-12 shooting), 8 rebounds, and 3 blocked shots in 27 minutes is nothing to sneeze at, especially coming from your the guy that's supposed to be our project player.

Coming off of a performance like that, we have to decide that either:

Having not seen any of the game (since I wasn't one of the 7,176 in attendance at the FedEx Forum tonight) I cant really say which it was for sure yet.  Precedent would dictate that we're likely dealing with option #2, but that isn't to say that option #1 isn't at play here either.

There have been lots of centers that have passed through this league and never sniffed a stat line like that, even in a preseason game.  Certainly, it's not something that we should get used to expecting out of him every night, but seeing production like this so soon makes me think that we're much closer to that time than we thought we were when he was drafted in June.