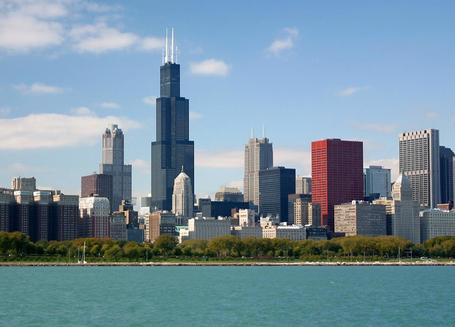 You may remember that title phrase from a quote from Eddie Jordan this week during training camp, when he said this about Dee Brown:

I think you could say just about every player on that list exhibits toughness in one way or another (except Antoine Walker), whether it's having the cojones to take the big shot, or taking on the role of a gritty, defensive stopper.  Growing up watching the likes of Michael Jordan and Scottie Pippen, they learned from two of the best what it means to be tough.  But as you look further back, you'll see that "Chicago Toughness" isn't something that's just started with the current generation.  Here are some other players from NBA history that called Chicago home:

Not a soft player anywhere on that list.  Clearly, Eddie was paying Dee a high compliment when he raved about the tougness that's been exhibited by many of the players to come out of his hometown.  Will that toughness manifest itself in productiivity this season?  No one's really sure, but the pedigree of Chicago tough players to go before him, certainly bodes well for his future.

Hopefully someday Wisconsin will become a basketball hotbed, so we can coin the term "Racine Tough(Juice)ness."