Editor's Note: Thanks to Jake and Truth for their fantastic lead-ins to discussions about Caron Butler and Antonio Daniels.  We press on with Juan Dixon.-PM 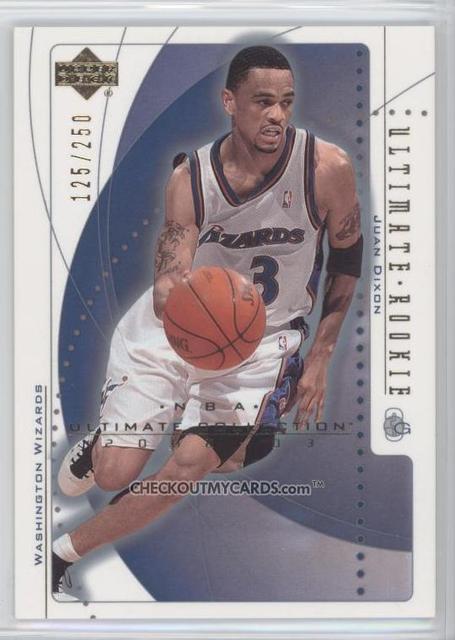 I'm pretty sure everyone knows my lack of enthusiasm for the Wizards' decision to sign Juan Dixon and then keep him over DerMarr Johnson, so I'm not going to cry over spilled milk.  Dixon's not completely useless, but he was never all that great to begin with and he's not going to change much.

That said, what do we want from Dixon?  I actually thought he had a good preseason, albeit in very few games.  He did a much better job than I expected handling the ball, turning it over only four times in three games to go along with 11 assists.  Alas, he probably shot more long twos than ever, but there's nothing we can do about that.

The turnover thing is big because I'd rather see Dixon back up Antonio Daniels than DeShawn Stevenson.  Based on the way Nick Young played in the preseason, it makes no sense for a guy like Dixon who does pretty much all the same things as Nick to take Nick's minutes.  We've also, for better or worse, invested a lot more in Young than we did in Dixon.  But the same cannot be said for Dee Brown, our other PG on the roster with Gilbert Arenas out.  Brown didn't have a bad preseason, but as we mentioned the other day, he's really erratic with the ball and has a still-developing shot.  Juan may shoot more than Dee, but he'll hold onto the ball more, meaning we waste fewer possessions.

I don't want to see Juan as anything more than the fourth guard with Arenas out, but based on this preseason, I'd rather give him the backup PG minutes than Dee.  Developing Dee shouldn't be a priority; developing Nick should be.  Have Juan and Dee compete, with the loser getting cut made inactive when Arenas returns.  My guess is that Juan will win out.